During lunch, on his return from classes while in Grade 12, our son Nikhil asked me “Why did you marry Mom?  You never dated her, you did not go to school with her, you did not know her from before.  Your parents selected her, you saw and spoke to her for five minutes and agreed to marry her.  What prompted you to take that decision?”

I said to him that once my parents selected her, they must have seen something good in her and her family.  Her parents and siblings were well educated and she was in her third year of Pharmacy graduation.  Her academic record till then was outstanding, from her high school days until her graduation.  Further, during her high school days, she was the Kerala State champion in 400 meters run.

Now Nikhil wanted to know how it made any difference to me  or to my family.  I explained to him that  by virtue of me  serving as a Major in the Indian Army then, I needed a partner who could cope up with the pressures of being an ‘Army Wife’.  Marina was doing her Pharmacy Graduation at Gulburga in Karnataka State (about 600 km from her home) and hence she had to be independent and ought to have travelled a lot on her own.  She had to be intelligent and hardworking, else she would not have done so well in her Pharmacy course.  Further, she ought to have been physically fit, else she would not have won those laurels in athletics.   She being bit adventurous (I realised after marriage that she was much more adventurous – Please Click Here to read about her adventures), would be an ideal life partner  for me.

Now he wanted to know as to whether it has had any effect on the children.  I explained to him that both of us being physically fit and intelligent, the God has blessed us with two kids, intelligent, smart and physically fit.  The kids have no physical deformities like flat foot, knock knees, bow legs, etc, which has enabled them to do well in sports, music and dance. 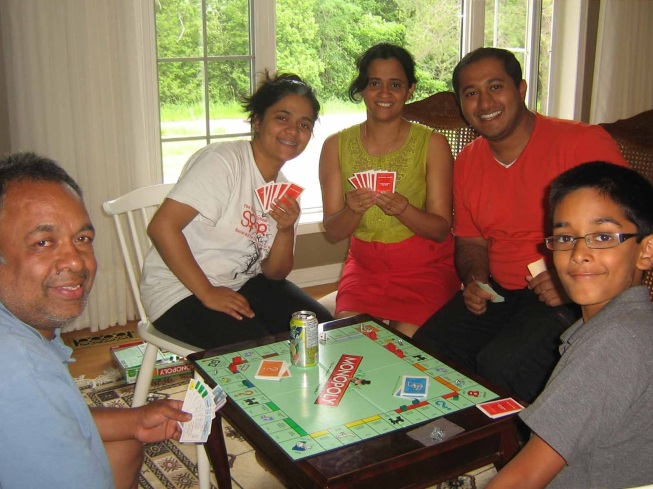 With the volley of questions being fired at me, I realised that there had to something more to it.  I prodded him a bit and he said that Ms Kent, the English teacher, was holding a discussion the next day as to “Whom will you marry? A beautiful woman, a rich woman or an intelligent woman.”  The boys in the class had to present their cases and the girls would cross-examine them.

I now asked Nikhil as to what his take was.  As expected he said he would marry an intelligent woman.  Now we discussed the pros and cons for each case and at the end I said to him not  to be surprised to find that he might be the only one supporting his case.  I advised him to be well prepared to take on the girls and use all his charms, wit, language skills and oratory skills to manage the situation.

Next evening, at the family dinner, Marina asked Nikhil as to how the discussion in the class went.  Nikhil said that he was the only one supporting the case for an intelligent woman and the rest of the boys were mostly for a beautiful woman.  After everyone presented their cases, most of the questions from the girls was directed at Nikhil.  One girl asked as to whether he would accept a woman if her father offered him a million dollars.  Nikhil countered it by saying that in case the girl is intelligent, he would not stop at a million, but would make billions.

Another girl asked him “If the woman is so ugly, then how can you move around with her.”  Nikhil’s point was that he wanted a woman who does neither hitches on to him nor he wanted to hitch on to her.  He was marrying her for companionship and not to show her off as a booty.  Further, he would not have to protect her from gazers.

The boldest among the girls asked “If the woman is so ugly, then how can you have sex with her.”  Nikhil’s explanation was that the pleasure of sex is mostly from the mind and hardly from the body.  Most animals during their intercourse do not look at their partners.  Most humans have sex either in the darkness or they mostly close their eyes during an intercourse.  Hence beauty  did not matter to him.

Ms Kent wanted to know the source of this piece of information and Nikhil said “It’s from my Dad”.  Now Ms Kent said that she would like to meet me.  After Nikhil said this, I found Nidhi walking away from the dinner table.  She came back after a few minutes and I asked as to where she had been.  She said she was chatting with Ms Kent of the Facebook as to why she wanted to meet up with her Dad.  Ms Kent was Nidhi’s English teacher too and were friends after she graduated from high school.  That was when Ms Kent realised that Nikhil was Nidhi’s sibling.

Thomas Graham is a young artist from Mississauga, Canada.  He after graduating from Grade 12 in June 2015 (with Nikhil), is selected to join the prestigious Ontario College of Art and Design (OCAD) University, Toronto, to pursue a degree in illustration and is looking to become an illustrator by profession.

17 thoughts on “Whom Will You Marry?”