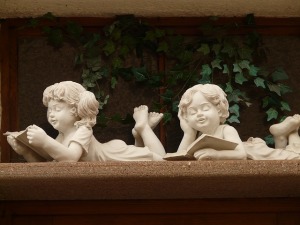 Our father, a primary school headmaster, always believed that it would be better to have the children born in March (Pisceans) as it ensured that the child when joining school did not have to waste a few months. Nowadays it is mandatory that the child must be six years (in our school days it was five) old on the first day of school – 01 June. There had been many instances when the parents wanted the child to begin school early, especially those who missed the age barrier by a few days or a month or two. In the good old days, the parents and the headmaster mutually agreed to enter in records a suitable date of birth to ensure entry into school. This resulted many of our generation (including my wife Marina) ending up with two dates of birth – one the actual day they were born and the other the ‘official’ one. All four of us brothers were actually born Pisceans and we never had this problem of two dates to remember.

On taking over command of the unit, I went full steam automating the administrative functions in the unit and the first priority was to automate the records of the men under command.  This was to ensure that all their necessary documentation were up to date, they receive all their pay and allowances and are fully qualified for promotion to the next rank. The very first step was data capture from the existing manual records. After most data were transferred to the digital media, I called up each individual soldier for an interview to fill in the gaps. As we were deployed in the operational area at that time, this interviews went on till late at night. More than collecting the data, it helped me to a great extent to know the men better as I was totally new to the regiment.

First use of the data captured was to make the weekly Regimental Order look more colourful. Not only that it was printed using a colour printer, the contents were also changed to be colourful. The routine stuff of Duty Officers, punishments etc were all printed in black and the goodies in colour. The goodies included wishes on festivals, compliments for achievements of the men and a special wish from the Commanding Officer (CO) on the soldier’s birthdays. With the data captured, I printed out the list of men celebrating their birthdays the week ahead.

Case of Marina and her sibling is even better – they all have one ‘official’ birthday – 25 May. The secret was that their grandfather was the headmaster of the primary school and he had taken some liking to that date, like most headmasters of that time.  That is why many in our generation would have their official birthdays in and around 25 May – a few days before 01 June. Now in case I got to get them all for our daughter’s wedding in Canada and when I apply for their Visas, the Canadian Immigration will have a lot of questions and also a lot to analyse.

During my bachelor days, on a vacation home, along with our father, we went to attend a baptism in the family. In those days we had a Bajaj scooter at home and we took off. Being the month of June, the monsoon was in full fury and we had to stop enroute and take shelter in a tea-shop. I ordered two cups of tea and our father said “That is why I always say you should plan your children to be born in March.” I immediately asked him “How did you manage it?” and he gave out his characteristic sly smile.

Years rolled by and in 1997, we were blessed with our son Nikhil on 16 March. At that time we were located at Pune as I was attending the Technical Staff Officers Course. As customary of the Orthodox Syrian Christians, the baptism had to be done after two months and our son had to take on our father’s name and our father had to be the God Father. During the baptism ceremony, it is the God Father who carries the child to the church and also say the pledges for the child. The entire family congregated at Pune for the occasion. After the ceremony got over, our father asked me “How did you manage it?” and I too passed a sly smile. (Our daughter Nidhi was born on 20 March 1991 and I was born on 13 March 1962).

The secret is that both our children were due on 13 March, my birthday, but the gynecologist decided to delay their arrivals.

5 thoughts on “How Did You Manage It?”