During the summer of 2017, we along with Stephens, our travel companions, booked Alaskan Cruise on Coral Princess luxury liner.  The cruise commenced from Whittier, Alaska, USA, sailing South-East and ending at Vancouver, British Columbia (BC),  Canada. 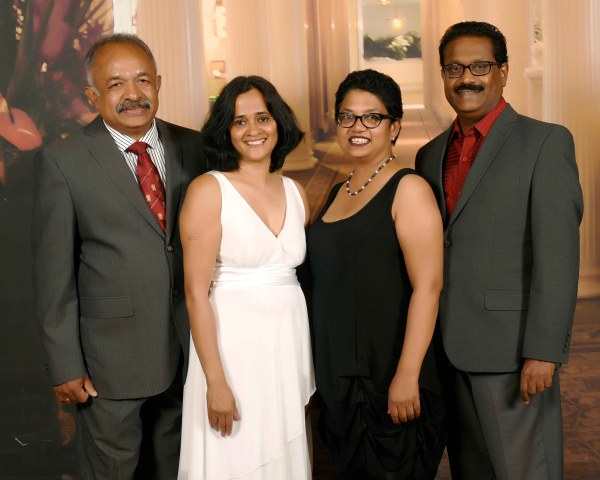 On 29 July 2017, we boarded the early morning Air Canada flight from Toronto to Vancouver on the first leg of our Alaskan Cruise.  The flight duration was of about five hours, but the clock only moved by two hours because the clock had to be set back by three hours as the time zone of Vancouver is three hours behind Toronto. 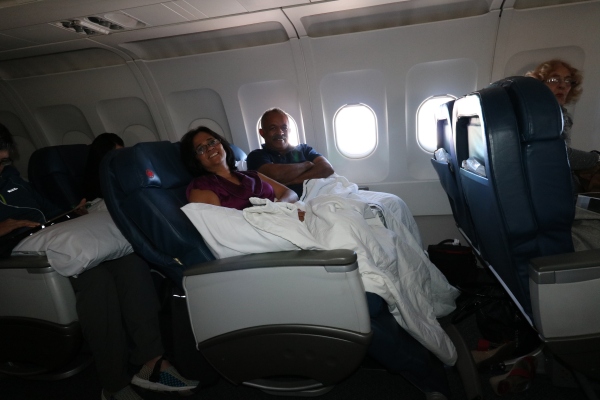 The five hours flight was made more comfortable than the regular one as the aircraft, an Airbus 319 variant deployed was the special charter plane used to fly various teams of the National Hockey League (NHL).  The aircraft had only 60 seats, that too all First Class, with all the accessories like comforters, extra legroom, LCD screens, etc.  Thank you Air Canada.

After a two hour stopover at Vancouver, we flew to Anchorage, the largest Alaskan City.  We were impressed by the Military Lounge at Anchorage Airport.  An effective way to project the power of a strong military, thus a strong nation, especially to  foreign tourists.  A country that respects its soldiers will always be powerful for sure. 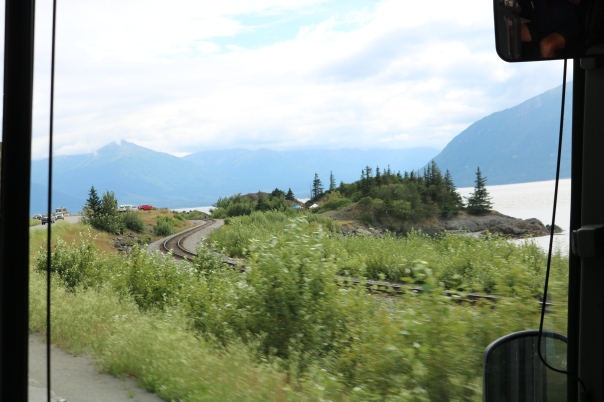 We boarded the bus for Whittier where Coral Princess, our cruise liner was anchored.  Route between Anchorage and Whittier on Portage Glacier Highway was very scenic.  The road ran parallel to the railway track, both hugging the coastline.  We passed through Anchorage Coastal Wildlife Refuge, known as Potter’s Marsh, a good place to spot migratory birds, water fowl and moose.

The road continued along Turnagain Arm, a body of water featuring the world’s second highest tides at over 30 feet.  We passed through Girdwood and Portage Glacier and the bus stopped at the entrance of Anton Anderson Memorial Tunnel, also known as Whittier Tunnel. It is a highway and railway tunnel that passes under Maynard Mountain. At 13,300 ft (4,100 m), it is the second-longest highway tunnel and longest combined rail and highway tunnel in North America.

We alighted from the bus at the banks of a lake formed by the melting Portage Glacier.  As the tunnel is one-way and is also shared by the railway, there is a schedule for traffic passing through it.  All the vehicles assembled in the staging area at the entrance of the tunnel.  At the scheduled time the convoy moved with buses leading the way.  Buses being public transport are given preference over cars.

Whittier Tunnel was constructed in 1941 to use Whittier as a rail port during World War II.  It is named after Anton Anderson (1892–1960), Chief Engineer of the Alaska Railroad Company and Mayor of City of Anchorage from 1956 to 1958.  The tunnel’s entrance portals are designed in an ‘A’ shape, with a large  door, which allows traffic in and out of the tunnel. The entrance portals are designed to withstand the force of an avalanche.

Ride through the 4 km tunnel was for about 15 minutes and surely there is light always at the other end of the tunnel.  As we emerged out of the tunnel at Whittier Port, Coral Princess, our cruise liner anchored there, came into our view for the first time.

Whittier came into prominence during World War II as it offered a shorter voyage into the Pacific Ocean and reduced exposure of ships to Japanese submarines.  It also reduced the risk of Japanese aircrafts  bombing the port facilities because of the high mountains around the port and bad weather for which Alaska is very famous for.  It pours all through the year and gets less than a month of bright sunshine every year.

We were escorted into our cabin E731 on the eight floor of the ship.  The cabin was very spacious and comfortable with a balcony facing the ocean.

Adjacent to the port were small boats and fishing boat jetty and also the railway station where a train was waiting its schedule to cross through the tunnel.

The ship casted off at 8:30 PM and we all headed straight to our watering holes for our first drink on board.

How did Alaska become the fiftieth state of the United States of America, detached from the mainland USA with Canada in between? 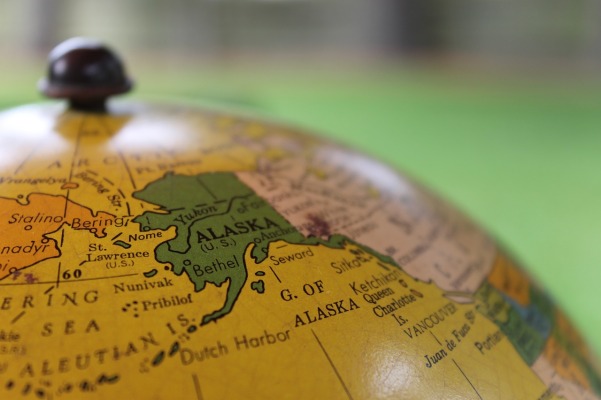 Russians colonised Alaska in the 17th century and exploited the local resources like fur and gold.  When Crimean War broke out in 1853, Britain, France and Turkey stood against Russia. Russia could neither supply nor defend Alaska during the war as the sea routes were controlled by the allies’ ships. There was a fear that British might blockade Alaska or even seize it.

Tensions between Moscow and London grew, while relations with the American authorities were warmer than ever. Russia offered to sell Alaska to the United States in 1859, believing the United States would off-set the designs of Russia’s greatest rival in the Pacific, Great Britain. US Civil War delayed the sale, but after the war, on March 30, 1867, US agreed to a Russian proposal to purchase Alaska for $7.2 million. The Senate approved the treaty of purchase on April 9.  President Andrew Johnson signed the treaty on May 28, and Alaska was formally transferred to the United States on October 18, 1867.

For three decades after its purchase the United States paid little attention to Alaska, which was governed under military, naval, or Treasury rule or, at times, no visible rule at all. Seeking a way to impose US mining laws, the United States constituted a civil government in 1884. Major gold deposit was discovered in the Yukon (Canada) in 1896, and Alaska became the gateway to the Klondike gold fields. Alaska became a state of US on January 3, 1959.

Next – Hubbard Glacier at Yakutat Bay