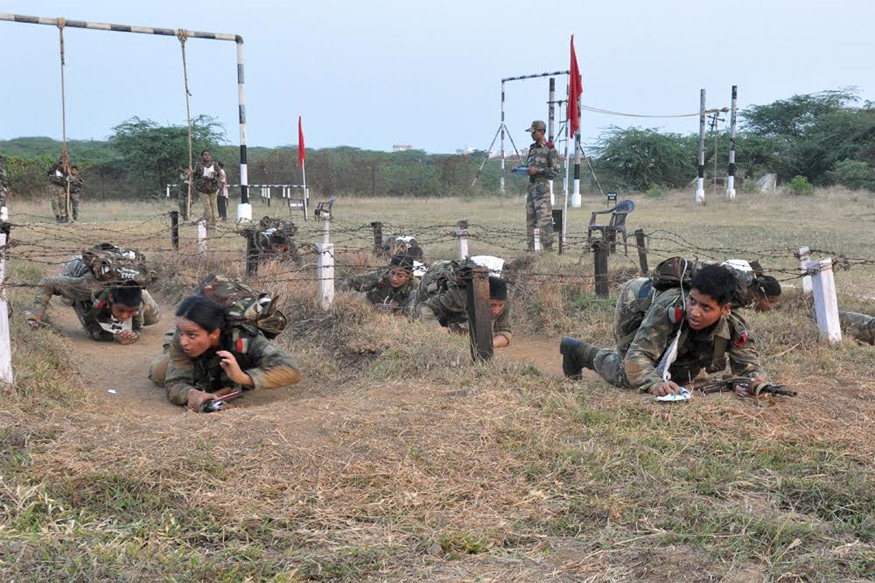 There has been a raging debate over the judgement among the Veterans community, with many voicing against the court ruling.  Some passed some scathing attacks on women while some came out with interesting memes and jokes.

Some questioned the physical abilities of Lady Cadets.  One theorised that the larger number of cases of stress fractures among Lady Cadets in comparison to their male counterparts was attributed to the difference in bone structure of women that the female hips are not meant to take the same stress as males because they have widened pelvis to enable child bearing.

RMC opened its doors for the Lady Cadets in 1980.  The program introducing female cadets has worked well, mainly because the move was carefully planned, integrating both men and women. Lady Cadets are required to maintain the same exacting standards as Gentleman Cadets. They run the same obstacle course – a mandatory ordeal for which first-year recruits earn the right to wear the RMC uniform. They also compete in mixed inter-squadron sports.

2.4km Run – The Aerobic Component.   This portion consists of running 3 laps of an 800m course in the fastest time possible.

Push-ups – The Upper Body Muscle Endurance Component.  During the test the candidates are required to perform their maximum push-up repetitions. There is no time limit and the push-up execution must comply with the Canadian Armed Forces push-up protocol

Agility Run – The Speed Component.  This test consists of sprinting 6 x 9 m by weaving around four obstacles (chairs) without touching any of them. Two trials are permitted and the best result is compiled.

Sit-ups – The Mid-core Muscle Endurance Component.   This test consists of a two minute evaluation during which the candidates must perform their maximum repetitions of sit-ups according to Canadian Forces protocol.

Standing Long Jump – The Leg Power Component.  The candidates are required to jump from both feet without hopping. Two trials are permitted and the best result is compiled.

RMC Physical Performance Test (RMC PPT.)  As part of the program, the students are being physically assessed two times a year. The completed evaluation is being scored out of 500 points where each item is worth a maximum of 100 points. A minimum of 250 points is required to successfully complete the RMC PPT. Five physical fitness components are evaluated through different testing items: the 2.4km Run, push-ups, agility run, sit-ups and a standing long jump.

The FORCE Evaluation is a reflection of the CAF minimal physical employment standard related to common defence and security duties known as the Universality of Service principle, which stipulates that “CAF members are liable to perform general military duties and common defence and security duties, not just the duties of their military occupation or occupational specification.

FORCE was developed by experts who looked at more than 400 tasks performed by CAF personnel in all environments over the past 20 years. Using the data collected from CAF personnel, subject matter experts, laboratory and field measurements, the research team developed a revised fitness component of the minimum operational standard required based on the following six common tasks:

Some trades within the CAF require higher levels of fitness or operational readiness, but the minimum standards for the FORCE Evaluation are meant to reflect the baseline CAF physical employment standard that everyone must meet.

The FORCE Evaluation is designed to capture the movement patterns, energy systems, and muscle groups recruited in the performance of the Common Military Task Fitness Evaluation (CMTFE).

The FORCE evaluation comprises of three sections, which are as follows:

Isn’t it high time the Indian Armed Forces take a re-look at the Physical Standards requirements for its cadets and recruits, considering women making their entry at all levels?

It may be pertinent for those in power and the Veterans to read “The Stone Frigate: The Royal Military College’s First Female Cadet Speaks Out” by Kate Armstrong, one of 32 women to first enter RMC in 1980 and graduate four years later. Her memoir captures the dominating, misogynistic world of one of Ontario’s most patriarchal institutions and her experience challenging it.

8 thoughts on “Women at the National Defence Academy (NDA)”