Vijayabhaskaran (Vijas), our classmate from Sainik School days. my partner in most teenage crimes at school (we took the resultant punishments too together), called me up in June 2018 to announce that their daughter Sandhiya, pursuing her engineering education in Germany had found her ideal life partner in Ernesto, a Peruvian citizen.  The marriage was scheduled for 05 January, 2019 at Piura, Peru.

Vijas’s voice was beaming with pride, voice choking many a times, narrating as to how and when the two met, experience and interactions he had with Ernesto and as to how they were an ideal made-for-each-other couple.  I felt honoured as I was the first one (other than his wife Amuda) he was informing of this development. 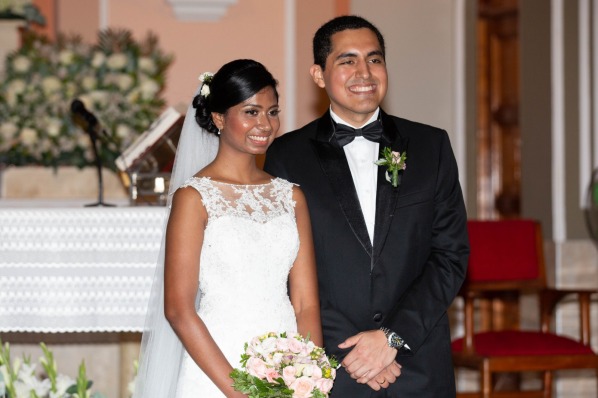 Vijas wanted someone who was just as warm hearted as her, but still had a great work ethic and a sense of determination.  He said that he could not be happier for his little girl – he watched her go through school, music lessons, internships, work, university, immigration to Germany and he realised that he had both God’s blessings, and best wishes from his family and friends in abundance.

I had learnt about Peru in middle school geography and about the Inca civilisation in history.  I knew Peru was in South America, with Lima as its capital.  But where is Piura?  Googled it up and came the answer.

Piura is a city in North-Western Peru, the capital of Piura Province. The population is approximately 400 000.   It was here that Spanish Conquistador (Conqueror) Francisco Pizarro founded the first Spanish city in South America, San Miguel de Piura, in 1532 thereby earning the modern day city its Peruvian nickname: ‘La Primera Ciudad‘ meaning the first city.  Piura served as the first main port through which the Incan gold and silver the Spaniards had gathered was shipped back to Spain. Piura declared its independence from the Spanish on January 4, 1821.  Piura is about two hours of flying time from Lima.

There were four of our classmates from Sainik School Amaravathinagar attending the wedding.  Dr Benoy and Dr Neena from Boston, Aravazhi and Amutha from Chennai, Ranganathan (Ranga) and Akhila from Bengaluru.  We were honoured with the presence of Mrs Anita Chandramouli, wife of Late Group Captain R Chandramouli in the group.  Vijas had planned a Peru tour for a week for all of us after the wedding.  How can we miss a visit to Machu Pichu, the hallowed ancient Inca city?

I booked our tickets from Toronto to Lima and then to Piura and the tour package with the travel agency JourneYou.  All set, we embarked the Air Canada plane to land in Lima on 03 January after a ten hour journey.   This was the first time I ever set foot in the Southern Hemisphere.  Luckily for us, Toronto and Lima fell on the same Longitude, hence no time difference, which saved us the agony of jet lag.  We then took our flight to Piura and reached our hotel in the afternoon, to be greeted by our classmates who had already reached in the morning, travelling over 36 hours.

(From Left to Right : Aravazhi, Self, Benoy, Ranga and Vijas)

Aravazhi was a day-scholar at school as his dad was our teacher – Mr MV Somasundaram.  Four of us lived in the same dormitory of Pandya House and were mentored by our House Master Mr PT Cherian.  We were all meeting Benoy after a gap of three decades, but the moment we met, the timeline seemed to vanish – we were all back as Cadets, sharing all our joy and experiences of life. 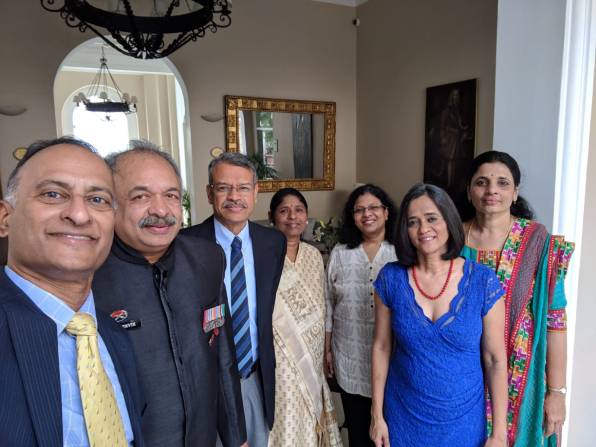 Our  ladies too got into the act of sharing their life experiences.  Overheard a conversation about recipes and sarees – anything and everything under the sun.

The smartest amongst us all were Ranga and Benoy.  Ranga joined the National Defence Academy (NDA) and served the Indian Navy.  During a football match at school, Benoy suffered an injury to his eye leaving that eye blind.  We were told that with one eye, a person had only 2D vision and could never make out the depth.  We never realised what it meant until we were training on the obstacle course.  One of the obstacles was a ten feet long ditch with a rope hanging in the centre.  Benoy, running to the obstacle jumped forward to catch the rope, but he ended up in the water filled ditch as he could not assess the depth at which the rope was hanging.  That gave us a practical lesson on the 3D vision we enjoy.

Benoy too qualified for NDA but was obviously found medically unfit.  When the final result came out, he was among the top ten who had qualified – What an achievement! After leaving school he joined Madurai Medical College and later specialised in Cardiology.  My question to him was as how he practices cardiology with one eye.  He said that today all procedures are through various scopes which in fact provides only 2D images. 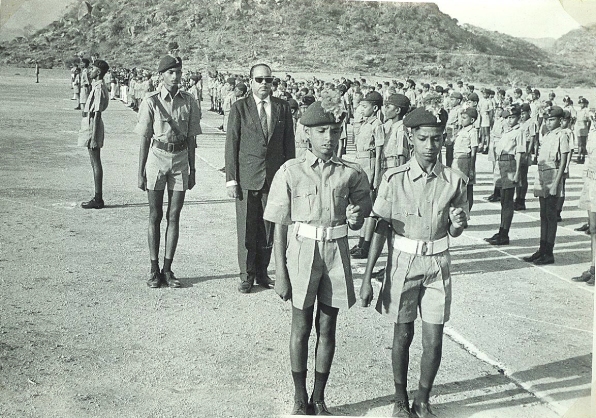 The above image of Ceremonial Parade at school is of 1977 when we were in our Tenth Grade.  Ranga and Benoy are the two Stick-Orderlies with Colonel (Dr) K Jaganathan as our School Captain.

The wedding ceremony was solemnised  on 05 January Afternoon at the Catholic Church.  It was followed by a cocktail and a sumptuous dinner with all Peruvian delicacies thrown in.

We then danced our way through the night to Spanish and Bollywood music.

16 thoughts on “A Wedding in Peru”