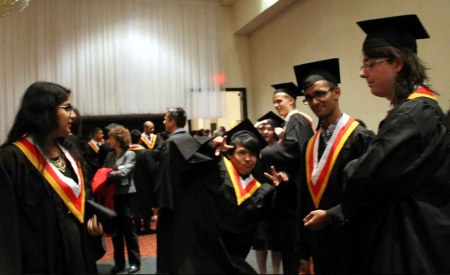 For most of us, making friends is neither a difficult task nor an uphill climb.  If it were so, we would never have had so many friends at different stages of life.  The aim must be to keep it simple and not complicate it by thinking too much about it.

We make friends from kindergarten to this day in our life and we never really give any serious thought to it.  Some friends are long lasting, some casual and some are ‘once a while’, some have left for the heavenly abode and many are forgotten down the lane.  It all depends on the manner in which we view our friendships. For a person like me, educated in a military school, graduated from two military academies and having served a lifetime in uniform, the bonds are very strong. Whenever I had to call up my friends for any assistance or advice, despite being out of touch for years, they have all responded way beyond my expectations. We may be out of touch for ages, but the bonds are glued all too well that when the link is renewed for whatever reason, the relationship blooms all over yet again.

Our son Nikhil wanted to do volunteer service at Mother Theresa’s Missionaries of Charity at Kolkata for a month.  He booked his air tickets and was planning to look for accommodation near the venue.  Without a second thought, I called Brigadier S Ramakrishnan, my friend since our school days who was then posted at Kolkata, and requested him to help Nikhil to find a suitable place to stay. Without a second thought, he and his charming wife,  Mrs. Vijaya Ramakrishnan welcomed Nikhil into their home and looked after him for the entire duration of his stay.

One day, in June 2018, my close friend and partner in teenage pranks and escapades at school, Vijayabhaskaran (alias Vijas),called me up right out of the blue. Even before he spoke a word, the memory of our many colourful escapades  and the resultant punishments we endured together flashed through my mind. He went on to announce that their daughter Sandhiya, pursuing her engineering education in Germany had found her life partner in Ernesto, a Peruvian citizen.  The marriage was scheduled for 05 January, 2019 at Piura, Peru.  I felt honoured as I was the first one outside the family that he was informing of this cross cultural development.  “Surely, we will be there!” I assured him without a second thought. It was only later that the realisation dawned on me that a school boy friendship was now taking me to a new continent and a lost civilisation where I had not tread before.

I had learnt about Peru in middle school geography and about the Inca civilisation in history.  I knew Peru was in South America, with Lima as its capital.  But where is Piura?  A Google search helped us to locate the venue enabling Marina and I to travel to Peru and attend the wedding.

Vijas and I shared nothing in common – a Tamil Hindu and a Mallu (Malayalam speaking) Christian- brought up in different family and cultural settings, pursuing different professions- Vijas is a top Chef of India who features in the book ‘25 of India’s Biggest Chefs’ by Sagrika Ghoshal.   Our friendship blossomed at school and remains as strong till date, despite the geographic distance that separates us. After school, I served the Indian Army, later migrated to Canada,  whereas Vijas is based in Bangalore. Distances, geography and professions don’t seem to matter much to our lasting friendship.

Now, here is a different perspective. Marina studied in a residential school and was in a hostel for graduation.  She was very excited to join the WhatsApp group of her school friends, but the excitement lasted barely a month.  She remembers most of her school friends, but appears to have forgotten most of her university friends.  Our daughter Nidhi too seems to be treading the very same friendship path as her mother.

Our son Nikhil has four good friends from his school days who belong to different ethnicities around the globe.  They follow different passions and areas of studies – Patrick in literature, Nam in drama, Thomas in art & design, Kevin in music, Nikhil in Pharmacy with a career in the Canadian Military. The Five Boys, they ensure that they get together once a month at Toronto, just to toast their friendship.

Patrick’s grandmother recently passed away at the ripe old age of 91.  She meticulously maintained a dairy.  During her funeral, excerpts from her diary were read.  It contained many references to the Five Boys.  Surely, during their many visits to Patrick’s home, the boys would have kept the old lady in high spirits with all their charm and humour.

After Nikhil’s Graduation Dinner, there were ‘after-party’, ‘after-after-party’ and so on, with lots of alcohol flowing.  Next day noon I picked him up and while driving home he said “I did not know that these girls are so messed up with their friends.  Those we thought were the best of friends were getting at each others’ throats after a few drinks with their bitching and free flow of profanity.   We boys appear to have less complicated relationships. ”

You can very well call me a sexist, but I am pretty sure that the outlook is poles apart and gender specific.  As in many facets of life, even when it comes to friendship, ‘Men are from Mars and women from Venus’!!

11 thoughts on “A look at Friendship from a Gender Perspective”