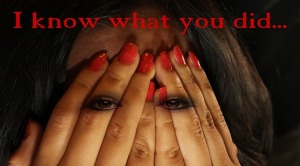 Every terrorist attack anywhere on the globe attracts media attention. Every media is vying with each other to prove that they broke the news first and had the most daring and extensive coverage of the incidence. The terrorists on the other hand are very pleased about the coverage they get and the platform from where they can further spread terror in the name of their cause. The Television at your home or workplace has in effect become another gun in the terrorists’ hands to terrorise you out of your minds. The media reporters and anchors become the magazines and their utterances in the grab of informing the people become bullets. These invisible bullets actually pierces through your mind and terrorises.

To further complicate the definitions of a terrorist, the governments across the globe and the media confuses the people with the definitions of a ‘Freedom-Fighter’ and a ‘Terrorist’. Some of the media (with the tacit support of their governments) have been spreading the idea that one person’s ‘terrorist’ is another’s ‘freedom fighter’. This idea should never be accepted by the modern world. The recent bloodbath of innocent Kenyan college students on 02 April 2015, the uprising in Yemen, inhuman actions of IS; all must be classified as acts of terrorism and in no way ever graded as a freedom struggle.

Freedom fighters never segregate people based on their religion and slaughter them like animals; they never attack the school and college students and kill them so as to ensure that the future generations are uneducated and the terrorists can easily plant seeds of terrorism ideology in young minds; they do not take innocent hostages of children and women to terrorise the population, They do all these to ensure that the people under them remain slaves to them and will never question them. This slavery ensures that there is no freedom of thought or action and the best method most of these terrorist groups have adopted is to (mis)interpret the religious beliefs to justify their violent actions. It would be incorrect to blame it on any particular religion as most religions have gone through such upheavals in the past.

During the 09 January 2015 attack on Hyper Cacher, a Paris supermarket, two days after terrorists opened fire on the offices of satirical newspaper Charlie Hebdo, an employee of the supermarket hid six people, including a three-year-old child and a one-month-old baby, in the cold room freezer located at the basement of the store. Hearing shots, these shoppers fled downstairs to the storeroom where they huddled together in near freezing temperatures. Fearing they would not escape alive, they made what they believed would be their last calls to family to tell them they loved them.

Extraordinary pictures emerged in the days after the siege showing the hostages huddled together for warmth amid cardboard boxes of food inside the freezer. One woman is seen cradling her child, while in another image a hostage sends a text message to a loved one. One man with his young son had removed his jacket and wrapped him in it as they cowered in freezer for nearly five hours before the attacker was shot dead.

The families of these hostages have filed a lawsuit against French 24-hour news channel BFMTV, arguing that the live coverage revealed information that endangered their lives. The BFMTV and other networks revealed the location of the freezer where they took refuge. The families argued that had the gunman heard the reports, the hostages would have been in grave danger.

The live coverage by the French media in real time in such situations were tantamount to goading someone to commit a crime. This coverage would have helped the handlers of the attacker to direct the terrorist to the site of hiding of these six people as had happened during the Mumbai attacks of November 2008. One can well imagine the plight of these six people had the terrorist seen the live coverage on the French TV. In all possibility the supermarket might have been streaming live news in the store. The lawsuit charges media with endangering the lives of others by deliberately ignoring security protocols, which carries a maximum penalty of a year in prison and a €15,000 fine.

The terrorists are always in a win-win situation and they achieve a high value media profile, that too at a very low expense. It takes millions of dollars worth of publicity for the soft-drink giants to market their products and squeeze into the minds of its customer base; whereas, it took Al-Qaeda a few air tickets and the cost of training half a dozen terrorists in the basic operation of a commercial jetliner to become well known all over the world. The events that followed the live coverage of the 9/11 attacks infused fear in the minds of the world population, resulting in much stricter security checks, especially at the airports. This only helped to cause extra delay for the passengers and hiking the cost of infra-structure at the airports, which in turn showed up on the air tickets.

Many people are unable to resist news coverage of terrorist attacks. As horrific as they are to watch on television and read about in newspapers and magazines, many still find it nearly impossible to turn away. It is difficult to know why the information is so hard to resist. Some say that people are hoping for information because they are fearful of future attacks and want to be prepared; others say that people are watching and reading in an effort to digest and process the event; still others say the media is intentionally creating seductive and addictive images almost like those seen in an action movie.

The way out now is for the media to impose self-regulation about coverage of terrorist attacks in future. It would be prudent to limit or even completely blackout coverage of terrorist acts. In the post event coverage, the media must make all out efforts to ensure that they do not mention the name of the individuals and organisations responsible for the act and also not to give out the goals and intentions of these organisations. The methodology suggested is to choke the terrorists the ‘oxygen’ the media provides.

Clearly the media plays a critical role in the aftermath of a disaster. The media provides needed information, makes announcements, and gives instructions regarding services that are available to victims and their families. They are a resource for the community and can provide a source of hope. However, too much trauma-related television viewing may have a negative impact on everyone.

One thought on “Terrorism Live : The French Connection”