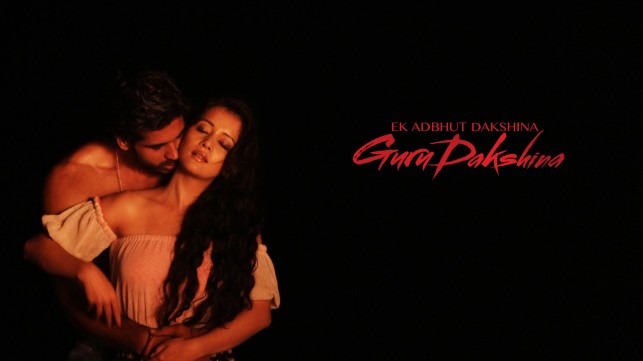 Sulagna Panigrahi, daughter of our coursemate Colonel Panigrahi, debuted in the leading role in the Hindi movie ‘Ek Adbhut Dakshina’. Colonel Ajay Sharma, another of our coursemates and my next room friend at the India Military Academy, his wife Ashima and their daughter Anushka Sharma (now a leading actress and celebrity) were present to encourage the young girl during a special screening of the movie.  It appears that acting, talent and confidence runs through the veins of the children of our coursemates and also all the defence personnel.

It is much more heart warming to see girls out performing the boys.  Navneet Kaur Dhillon was crowned Miss India 2013, comes from an Indian Army background and Sobhita Dhulipala adjudged the first runner-up, comes from an Indian Navy background. The list of women from defence background winning such pageants gets longer – from Sushmita Sen – (Air Force) in 1994 onwards to include Gul Panag – (Army), Priyanka Chopra – (Army), Lara Dutta – (Air Force), Celina Jaitly- (Army), Neha Dhupia – (Navy), the list goes on. These pageants are not only for the girls who are beautiful, but they also need to be intelligent, confident, well mannered and well groomed.

What gives them the edge over others? What really makes these defence children such inborn winners? These children, raised in military cantonments around the country, display a lot of grace, wit, confidence and poise – all at the same time.

The parents of these children- mostly the father (now-days both father and mother) – are serving defence officers. The selection process for these officers – with a written examination, a five-day interview which scientifically analyses each candidate’s potential, personality and intelligence tests, and a stringent medical examination has no comparison in the country, which tests one in all aspects of human development and behaviour. The selected candidates undergo a tough training where they are polished into better humans and leaders. When they select their spouses, its no surprise that they select the best to suit them – (if the spouse is a serving officer, the job has already been done by the defence). The children born to these parents have to be as good or even better than their parents. They are born in the military hospitals which provide the best of medical care and excellent hygiene conditions.   They are well natured into this world and the military society nurtures them really well to be better human beings and responsible citizens.

A typical army kid will claim to be natured in Srinagar, and nurtured in Siliguri, Coimbatore, Ferozpur, Allahabad, Bhatinda, Manipur, Imphal and Patiala. These children have grown up in small towns as well as big cities, they are used to the cold mountains of Kashmir to the hot deserts of Rajasthan, they amalgamate with Malayalee culture to Mizo culture, they learn Thamizh to Assamese during their school days.   In short they are adaptive, open-minded, a survivor and thus a winner.

The life in a typical military home for these kids is well organised and is set to the rules and standards dictated by the parents. They have to rise early, attend school and then participate in sports and cultural activities after school. In the evenings they have to attend social functions – both formal and informal. They need to welcome guests who come calling-on or to attend parties and keep everyone in good humour. Its a tough job for these kids as they must study well and obtain good grades at school and pass all entrance examinations. Hence, it is no wonder that these children develop great conversational skills and carry themselves with lot of confidence. They interact with a lot of people who belong to different age groups and cultures. They never hesitate to speak to a stranger or a new person. Ultimately, these communication skills help them to be winners.

Most of the military parents are avid readers, a habit developed mostly due to their intellect and also the loneliness of being posted in remote areas with no access to television. The mothers pickup this habit while living separately from their husbands while he is posted in remote areas or during the endless train travels – while on posting or while proceeding on vacations. The parents are also good with all aspects of communication and are capable of discussing all aspects of life – from spirituality to sports to movies. The children listen to these conversations and are active participants in many such discussions – mostly ending with the father shooing them off to bed when he has nearly lost his point of argument. Thus these children ought to have stronger personalities, and are also very disciplined and punctual. They are trained and groomed well as to — how to walk, how to sit, how to talk etc. They are taught grace and poise from an early age. It comes naturally to them

Along with every new posting of their parent – an event these children undergo once the least in three years- puts a lot of pressure on the children too. They got to adapt to a new place, a new culture, often a new language and above all to a new school. Making new friends, going to new schools make them ooze confidence. Most of these children  have seen at least half a dozen schools by the time they complete their higher secondary education.

Children from the defence background are tougher, calmer, and in control of their emotions. When their parent is posted in remote areas of India, they naturally get trained to be tough survivors, adapt to new situations and people. Many children learn to be independent at a young age as their parent is posted in far-flung and inaccessible operational areas and the family has to look after themselves, with the children shouldering a lot of responsibilities.

These kids are excellent in stress management – a phenomenon unknown to the present day kids as they undergo a lot of stress in everyday life and a few succumb to these stresses and pressures. Most defence kids have seen off their parent on posting to hazardous areas and also to fight militancy – and many a times not knowing whether they will ever meet again. Every day passes with fear and uncertainties of their parent’s return and the role the mothers play to keep the household going and in bringing up the children needs to be commended.

The grooming and etiquette also come naturally to these kids, as they watch their mothers wear their clothes with grace, fathers adopt immaculate manners, the effort that goes into organising and conducting parties and get-togethers at home, etc. These kids are taught table manners and good etiquette from an early age at home.

The army cantonments provide a lot of sporting facilities like swimming, squash, tennis, golf, horse-riding etc. The children, without any sexual bias, are encouraged to participate in these activities. During these sports activities, people mingle with one another. The military stations organise summer adventure camps for the kids – from trekking to hang-gliding. These go a long way in developing physical fitness and also a sense of adventure- daily military life is by itself full of adventures for these kids.

A defence hub has a particular social culture, which becomes an integral part of the child’s personality. They pick up good etiquette and manners. They know how to talk and more importantly what to talk about. They know exactly how to avoid or get out of tricky situations. These are qualities imbibed by the children with defence upbringing of over 20 years and can never be learned over a month-long crash course. These assets help the children to stand out and win in every field of life.

Most military stations – even in the remotest places- have musical and dance schools – mostly run by the defence officers’ wives. They go a long way in nurturing the cultural aspects of these children. These children get many an opportunity to showcase their talents – both at home and also at military functions, clubs and messes. These make them very confident and they develop and master the art of presentation.

Contrary to popular belief, defence personnel are very religious and also spiritual. They celebrate all festivals and observe all religious occasions. They celebrate Holi, Onam, Pongal, Baisakhi and also Christmas, Dushera, Durga-Pooja, Eid and Guru-Purab. The kids attend all the religious functions in the station along with their parents and visit all religious places of worship – they are familiar with the rituals followed in the Mandir, Masjid, Gurudwara and the Church. It would be very common to see a Christian child singing the Arati or Slokas as fluent as they say the Lord’s prayer. They learn to respect all religions and accept everyone irrespective of their caste, creed, colour or religious beliefs. This facilitate the children to develop a multidimensional personality and hence adapt to various cultures and people with ease.

One reason attributed to the women-power in the military circles is due to the fact that the only society in the country where women are treated equally with men is the military. Many a times men complain that the women are often treated more equally than men. The General or a senior officer will always rise from their seats to receive a lady walking in though the lady may be a Lieutenant’s wife. The only place in India where the ladies are served first – whether at formal or informal or at-home functions – is in the armed forces. Even in the military’s religious places of worship, women are offered ‘prasad’ first. The officer on duty or the Captain of the Indian Navy ships will salute all ladies entering or leaving the ship irrespective of their social or military hierarchy. The ladies are always respected at home and outside by the defence service personal and the sexual discrimination is minimal in this society. That may be reason why we have defence service officers’ daughters performing extremely well in the society and winning many crowns and laurels.

The facilities like swimming, tennis, golf, libraries etc are available in all the cities of Canada at a real subsidised price or at times even free of cost. The government provides tax benefits for these activities. The need of the hour is to take time out of your schedules and take the children for these activities. The environment at home need to be upgraded to facilitate children’s development and the children must be trained to actively part-take in all the activities and chores at home. This will ensure that our next generation will turn out to be better citizens and human beings.

11 thoughts on “Super Brats : Girls in the Forefront”