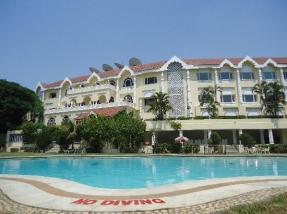 In June 2002, I took over command of our Regiment in its operational location on the India-Pakistan border in Rajasthan.  The Regiment was mobilised from its peace location in Devlali (Maharashtra, near Mumbai) on that year’s New Year Eve.  In November 2002, we returned to Devlali.

After the unit got re-established at Devlali, I said to our officers “I owe you a party from my side as  you all have performed extremely well during our operational deployment.  Above, all, you carried me along as your Commanding Officer.   This Saturday, there will be cocktails at the Officers’ Mess to be followed by a dinner at the Dhaba.”   (Dhaba is a roadside restaurant mostly frequented by the passing truck drivers.)

“Why at the Dhaba Sir” queried our Second-in-Command (2IC), Late Colonel Suresh Babu.  “Our mess staff have toiled hard for the past eleven months and taken good care of us.  I do not want to stress them anymore,” I justified.

That Saturday evening, officers with their wives and children, all assembled at our Officers’ Mess and the party commenced.  After the cocktails, I got on to the driving seat of the Jeep with all children in tow and ordered others to follow.

I drove to the Taj Hotel, Nashik and after we got off the vehicle, Captain Subhash asked “Sir, so this is your Dhaba?”

As we sat down for dinner, the waiter enquired “Buffet or A-la-carte?”  “ A-la-carte” I affirmed.  Suresh was not at all amused with my choice and he said “It is going to cost you a fortune – at least one month’s take-home-pay!”  “That’s fine.  You guys deserve it,” I replied.

A few days after the dinner, Captain Mitra asked me “Sir, you need not have treated us to a dinner  at the Taj.  We could have had it at our Officers’ Mess.  It would have saved a lot of expenditure for you.”

“What I paid at the Taj is much less than the efforts you all have put in till now.   Above all, you guys cared for me for the past six months with a smiling face.  I am really indebted to you all,”   I said.

Mitra was not convinced.  He asked “But why the Taj Sir? It is obviously the costliest place one can think of in a hundred kilometer radius of this place.”  I declared  “I do not want any of our officers to be sold for a dinner at a Five-Star Hotel like that Brigadier of the Tehelka incident of last year (Operation West End – 2001).  Henceforth, all our celebrations will be at the Taj.”

Whatever it was, it resulted  Mitra coining the term ‘Dinner at the Dhaba’.

In December 2002, Southern Army Commander visited our unit and it was an overwhelmingly successful event.  It surely called for a celebration, especially as Christmas and New Year was approaching. So we decided on a dinner at the Dhaba.

It all commenced with cocktails at the Officers’ Mess and as we reached the Taj, Mitra went to the bar and returned to report “Sir, they have an excellent bar out here.”  “Let us all have a drink then,” I said.  Surely, it did not stop at one drink.

As we were all parading out of the bar for dinner, Suresh, like a good 2IC said “Sir, we have run up a  bar bill that is at least  five times that of the cost of the cocktails at the Officers’ Mess.”  I replied “Do not worry.  We will take care of it later.  Let them all have fun and enjoy.”

The next day in office, I had a file waiting, showing the expenditure for the dinner with a noting sheet.  Captain Subahsh, our Mess Secretary,  had opined “Every Officer to pay Rs 1000.  Rest to be paid from the entertainment fund of the Officers’ Mess.”

Below that was the noting of Suresh.  He wasn’t that ‘magnanimous.’ Like any good 2IC he wrote “Each officer to pay Rs 2000.  Rest to be paid from the entertainment fund.”

I scored through the entire noting with a red ink pen and wrote “Each Officer to pay Rs 100.  Rest to be charged off from the entertainment fund.”

As soon as the file reached Suresh, he came charging in to my office and said “Why are you putting your head under a Gillette? Haven’t you read my noting.”  I calmly replied “Yes.  I have overruled it and written my decision with my hand.   Don’t worry about my head; it has been under a Gillette many a times before.”