One could either take arts or crafts as a non-elective subject from Grade 8 to 10 at Sainik School Amaravathinagar. Half the class joined either of the two based on their aptitude and inclination. Generally the well built boys went for the crafts as it involved a lot of planeing, chiseling and cutting. In our class we had PV Sumon, who had the thinnest frame of all, but wanted to enroll for the crafts class. The crafts teacher was a bit reluctant, but agreed to accept him into his fold on the sheer insistence of Sumon. At the end of it all, Sumon turned out to be best student from out batch in crafts. In the arts class, which I too had joined, had Mouli Marur as the best student who ultimately ended up as a designer and creative director with expertise in digital graphics and later a lecturer at the School of the Art Institute of Chicago.

The arts and crafts were taught to us by two simple, dedicated and hardworking teachers. They had no Masters degree to boast of, but their love for what they taught and whom they taught made them stand out in the crowd of teachers at the school. 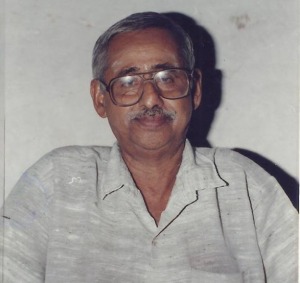 Mr AKR hailed from the Kochi Royalty and the art was in his blood. He taught us how to use colours to express one’s imagination, how to design various posters, book covers, cards etc. Even though I was not good at them, but the seeds Mr AKR had sowed were harvested much later by me with the advent of computers. I became a bit of an expert in making PowerPoint presentations by using the best colour layouts, designing covers and cards etc.

Mr AKR was a Kathakali (classical dance of Kerala, India) dancer too and he essayed various characters from the Mahabharata with grandeur during various cultural shows staged in the school. He also doubled up as our swimming instructor and everyone remembers him mostly for the role he did as a drowning victim for Mr CM Nair’s life saving demonstrations at the swimming pool.

How can anyone in our class ever forget the beautiful and confident Vanaja Varma, the daughter of Mr AKR. Vanaja, a year junior and she holds the honour of being the first girl most of our classmates ever interacted with. Even to this date many of us have a special place for her in our hearts.

Mr KSK spend most of his time, many days until midnight, in his crafts section, completing many projects he had undertaken in addition to his teaching. His wife Ms Valsala and children always complained that he was never home, that high was his level of commitment and dedication. He had to be there everywhere, to make a set for the drama to be staged, to make any model for any other department, to repair the school furniture, to make various boards etc.

He was an excellent crafts teacher who could make his students visualise their own woodwork projects, design them and execute them. Anyone could walk into the crafts section and ask for any assistance at any time and he would smilingly oblige.

He was the school hockey coach and was also assisting with the canoeing club. He designed and fabricated about a dozen canoes with locally available material at a very minimal cost and these canoes became the showpiece of the canoeing club.

Mr KSK must be the only crafts teacher in India to be bestowed with the President’s Best Teacher Award. It was given for his dedication to duty and his ability to inculcate good values in his students. We had the honour of hosting Mr KSK and Ms Valsala when they came to Delhi to receive the President’s award. Mr KSK was a loving father and his two sons studied in our school and the younger son Colonel Sareesh is today an Air Defence officer.

I would be failing in my duty if I do not mention about Ms Valsala. She was an energetic, well mannered and active lady who always carried herself with poise. She was an athletic champion in her school days and after marriage moved to Amaravathinagar from Kerala. When the school wanted to start a Kindergarten for the children in the area the then Principal did not even think twice before handing over the responsibility to her, even though there were many other graduate ladies in the school campus. With Mr KSK’s support, the Kindergarten became well known and students started to enroll from far away villages.

Today the couple has settled down in their native village near Kochi, Kerala after Mr KSK’s retirement from school.

Your dedication and hard work will always enable you to achieve your goals.

11 thoughts on “Arts and Crafts”