(Hold Fire; Advertisements of the sponsors are being aired; The nation wants to know!) 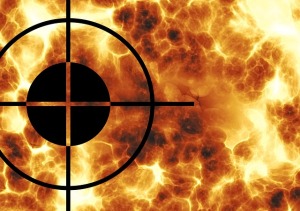 Everyone must be a bit surprised to note the advisory by India’s Ministry of Information and Broadcasting asking all TV news channels not to broadcast live anti-terrorist operations to avoid any adverse impact. This advisory came in the wake of some TV channels covering live anti-terrorist operations in Jammu and Kashmir’s Kathua district on March 20, 2015, in which five lives were lost and 11 wounded.

The advisory is not to focus on location, strength, movement, strategy and other related operations being followed by security forces engaging with the terrorists so that no operations linked information reaches the terrorists and their handlers.

One presumed that during the 2008 Mumbai terror attacks, the Indian Home Ministry had issued a similar advisory to the news channels not to air the operations live as it was helping the Pakistani handlers of the terrorists. It is learnt that the home ministry wrote to the information and broadcasting ministry asking for amendments in the Cable Television Network rules, under which the private broadcasters operate in India. The home ministry cited that such live coverage not only affects the secrecy and effectiveness of the operation but also puts the safety of security forces, common people and journalists in jeopardy, official sources said.

After the 26/11 Mumbai attacks, the National Broadcaster Association put out a set of rules, including restriction on live reporting of terror situations, as part of a self-regulation exercise on the part of private broadcasters. The rules set seemed to be meant to be broken by the very same people who set it; all for a few TRPs.

Former British Prime Minister Margaret Thatcher very aptly called media publicity the ‘oxygen’ of terrorism (also for the news channels) and for good health of the news channels (higher TRPs), they need to breath in a good dose of this ‘oxygen’. Live reporting of terror attacks does provide a lot of it and hence why would any channel miss it.

The speed by which these news channels deploy their vans and crews, even in the remote towns like Kathua, appear as if the terrorists have given them prior notice before undertaking the operations. The terrorists also seen to have timed and choreographed the attacks in order to extract maximum media attention. In case had the media not covered the act, the impact would have been localised in the small town of Kathua, but now the media has helped it to be a national issue.

The timing of the attack, during the fortnight when the knockout stage of the Cricket World Cup 2015 is being played, is also very pertinent. When the entire nation and the media is gloating over the achievements of its cricket team (with Pakistan being knocked out), the terrorists struck to divert the media attention. It can be compared to the terrorist attack during the Munich Olympics in 1972, when the world and the media were focussing on the Olympic Games, the Palestinian terrorists carried out the infamous Black September attack on Israeli athletes. What followed was a hostage situation and a rescue attempt that was closely covered by all of those media, and watched by millions of people throughout the world.

The media coverage of the recent acts of terrorism – Lindt Chocolate Cafe hostage crisis in Sydney; attack on the office of Charlie Hebdo in France, the attack on the Canadian Parliament etc- were all in restrained so as to ensure that the deployment and actions of the forces were never divulged.

Another aspect of the media reporting is the sensationalising of the event and privacy of the affected parties. The coverage of the Canadian media during the funeral of Corporal Cirillo and the Indian media during the funeral of Colonel Rai; both victims of terror attacks, needs comparison. The Indian TV channels appear to have not given any space for the family members of the gallant soldier to express their grief. The entire fraternity of the news channels were more interested in cashing on the sentiments of the near and the dear ones of the hero.

In any democracy, the parliament is supreme and every citizen has the right to know what happens during the sessions. The proceedings inside the parliament in any country is telecast by providing only one feed to the entire media and no one seems to be questioning it. Based on it, some suggested methodology for covering terrorism based events is laid down.

As per the latest directions of the Government of India, there is a blanket ban on airing live coverage of anti-terrorist operations. The broadcasters in such situations will have to restrict themselves to reporting periodic briefing given by designated officers.

It appears that terrorism is here to stay and acts of terrorism will continue to haunt us in times to come. Hence it is imperative that the media regulates itself or the governments are forced to regulate the media. It is the duty of every citizen to ensure that they do not become a propaganda tool in the hands of terrorists; meaning that what you speak about the act of terror is sure to have an impact on the listeners.