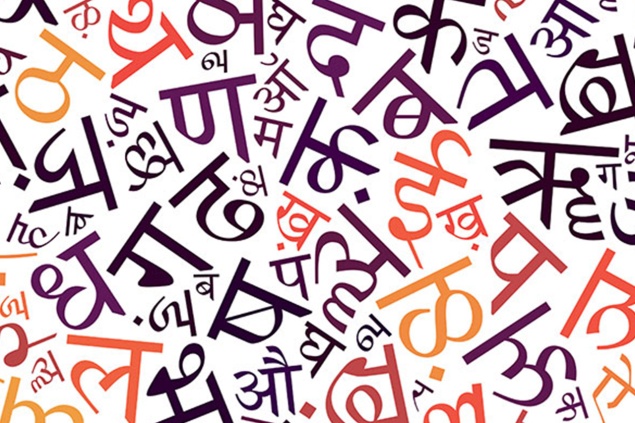 Hindi Minimum Test, a test to assess the linguistic ability of cadets, used to be conducted  at the National Defence Academy (NDA) for all cadets in their second semester.  It was a well known fact that for most cadets who graduated from Sainik School Amaravathinagar (Tamizh Nadu) – known as Amaravians, it was a hurdle too high to clear.  So, we all had extra classes on Thursday evenings and all those Hindi Pundits at the Academy tried their level best to make us imbibe the national language.  Thus Thursday evenings became more of a school social at the NDA.  At the Indian Military Academy (IMA) the very same test was called Compulsory Hindi Test.

The move by the Congress government at  the Centre in 1965 to impose Hindi on Tamizh population was the root cause of Congress being wiped out of Tamil Nadu.  Rise of Dravida Munnettra Kazhakam (DMK) was also due to this imposition of Hindi.

Many argue that the agitations against Hindi have had an impact on the Tamizh psyche.  It is often claimed by the political commentators that the people from other Southern States learn Hindi along with their native language, but the Thamizh are fanatical about their language, being cultivated by the Dravidian political parties.

It was bit easier for Mallus as the language Malayalam has nearly all the alphabets as the Devanagari script of Hindi Language.  Malayalam language is closer to Tamizh, but has borrowed its vocabulary and grammar from Sanskrit.  For a Tamizhan it is a nightmare to learn Hindi as Tamizh, being the oldest Indian language has limited consonants – only one ‘ka’ (க) in place of ka (क), kha (ख), ga (ग), gha (घ) and similarly for all other sets of consonants.  The Hindi Pundits never understood this very basic issue (and till date they do not seem to understand this fact or try and gloss over this fact) – else they would have to accept that Tamizh is older and more sacred than Sanskrit.  Where would the ‘Indian Nationalists’ hide their faces then?

Hindi propagated in the seventies and eighties by various governmental organisations also had its effect.  Hindi terms coined by them to replace commonly spoken English words were so confusing that even Hindi speaking population of North India would have had a run for their money.  National Television – Doordarshan – and All India Radio spewed out those tough Hindi words with venom.  This resulted in many homes in South India switching off their TV sets at 8:45 PM – on commencement of Hindi national telecast.

In the eighties,  opening up of media space for private players resulted in new channels using a medium – a mix of Hindi and English – which could be better understood by everyone.

With globalisation and advancement of IT, the luck Indians rode on, mainly for maintaining English as a national language, was that many found jobs in the world market.  India ended up having a reservoir of English speaking educated mass, which attracted global players to establish business, especially in the IT field.

I do not even remember how I managed to pass the Hindi minimum test.  For using  idioms in sentences for पानी पानी होना I wrote –  जब मैं स्विमिंग पूल में गया, वहां पानी पानी हो गया and for पांचों उंगली घी में होना  I wrote –  जलेबी खाते वक़्त मेरा पांचों उंगली घी में था and the list of bloopers went on.  This was done knowing well that they were howlers, but it resulted in annoying the Pundits who tried their level best to ram Hindi down my throat and I really derived some sadistic pleasures from it.  With vengeance, (more than the keepers of the Tamil culture, language etc as displayed during the Jallikattu demonstration) I coined new sentences and helped the Hindi Pundits in coining new words to enhance their vocabulary.  I was even successful to a great extend in creating new rules for Hindi grammar -the least it did was to put some doubt in the minds of the Hindi Pundits at  NDA.

Whatever it was, I managed to pass the Hindi Minimum Test in my Fifth Semester.  Some of the Amaravians struggled with it during their entire three year stay at the NDA and did not pass until their Final Sixth Term and special tests were conducted for them.  After three years of NDA and a year of training at the Indian Military Academy (IMA), I was commissioned to 75 Medium Regiment of Artillery.  The Regiment then had three sub-units -Batteries – manned by Jats, South Indians and North Indian Brahmins (Pundits).  For all the ‘fun‘ I had with the Hindi Pundits at the NDA, Gods must have been very unhappy with me or was it that Lieutenant Colonel AN Suryanarayanan, our then Commanding Officer (now a Veteran Brigadier) decided it wisely that I must go to the Pundit Battery.  I ended up at the right place, I thought.  This resulted in me learning to speak proper Hindi for the first time in my life.  I learned Hindi from our soldiers and many spoke chaste Hindi.

In the Indian Army, the official publications and forms were bilingual – with English and Hindi.  It did not achieve much other than making the publications double their weight and increasing production cost.  I used to advice young officers in the Regiment to read the publication – Glossary of Military Terms –  because of the need to use and understand military terminologies is very important for a young officer, especially during training courses and also during tactical discussions.  This book was bilingual – with Hindi on the left pages and English on the right pages.  I would often suggest to the officers to read the Hindi side when they got bored of reading the English pages as they would find many of them totally out of place and some really humorous.

Nowadays, the Indian Army has done away with the Officer’s Hindi Minimum Examinations – to the delight of all Amaravians joining the NDA.