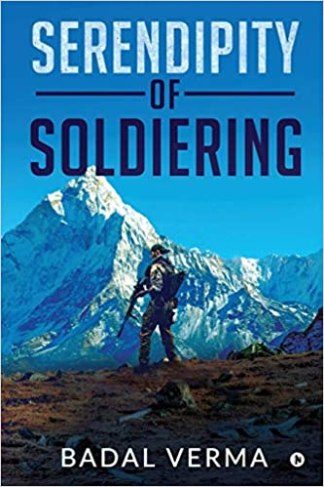 The first word of title of the biographical book ‘ Serendipity’ made me scratch the vocabulary storage of my brain and the obvious way out was to ‘google’ it.  Serendip is the Old Persian name for Sri Lanka.Parts of Sri Lanka were under the rule of Chera kings of Kerala in the fourth and the fifth century.  Dweep in Malayalam, Kerala’s native language means island and hence they called the island Cherandweep.  The Arab traders engaged in spice trade with the Cheras called the island Serendip. The word ‘serendipity’ first appeared in a letter written by Horace Walpole (1717–1797) to his distant relative Sir Horace Mann dated 28  January 1754. Walpole  formed the word from the Persian fairy tale The Three Princes of Serendip, whose heroes ‘were always making discoveries, by accidents and sagacity, of things they were not in quest of.’

Serendipity could be defined as an act of finding valuable or agreeable things not sought for. There are many scientific inventions as a result of serendipity.  Microwave oven, penicillin, x-ray, pacemaker and most importantly and recently Viagra are a few examples.

Kudos to the author, Colonel Badal Verma for essaying the journey of a soldier.  He has given due credit to everyone who helped him traverse through this journey – his soldiers, instructors at various Academies and institutions, his subordinated officers and his seniors.  Shri Bachu Singh, his civilian attendant at the academy too gets a deserving mention. He has brought out the role his parents, wife and children played in this tough and thrilling journey.

In Chapter 9, the author has summarised his relationships with the humans around him and also  brought out the need to respect women, empower them and give them the needed space, both in the society and at home.

Importance of conditioning a soldier’s mind to accomplish the most difficult tasks and how the mind is conditioned for it is explained in detail.  Life of soldiers on a lonely far flung post and his travails, his moments of pleasure and despair, his need to communicate with his family miles away – gives an insight to the reader into the mind of a soldier.

Soldiers’ bond with nature, especially in North-East India, has been captured very well by the author.  The social life of the beautiful people who live in this part of India, their culture, beliefs have been painted well.  I must salute the conviction of the author in pointing out the fault line of the people of mainland India towards these minorities of the North Eastern states and Kashmir, especially the women.

The author has explained what goes through a soldier’s mind when he faces death, that too sure death, having taken two bullets at close range.  The psychology of a soldier and his will to survive and live another day is very well chronicled, especially as the author had a close shave with death not once, but six times.  I haven’t read such a beautiful explanation of the sequence of events and the beautiful line that was ‘The most expensive liquid in the world is a tear. It’s made up of 1% water and 99 % feelings.’

The ultimate sense of soldiering is in forgiving one’s enemy – the man who would have potentially taken his life – by not identifying him in a court.  It proves ‘To forgive is divine’ : from a poem An Essay on Criticism, Part II by poet Alexander Pope.

The author’s encounter with snakes is detailed, but it tends to encourage killing snakes which is unlawful.  The chapter reinforces the prevalent myth that most snakes are poisonous and they got to be killed.  A paragraph or two as to how to deal with snakes, their capture and release in the wild would have been useful.

The journey out of one’s uniform is very difficult for any soldier and even worse is the life in the world outside the army. The experiences of the author in this regard – his candid acceptance of his failures and short comings – and how he faced them must be lauded.