Congratulations to the author for a well written book with the aim of motivating our youth – an aspect that very few military leaders have  attempted.  The journey of life of a young lad from Charangpat (Lake of the Dragonflies)- a remote hamlet in Manipur – ‘the Switzerland of India’,  to becoming a General in the Indian Army and on hanging his uniform.  His choice to return to his roots to serve  the society instead of enjoying a well-earned retirement at any place of his choosing, is well etched.  He was, in his own words, was a child who was physically weak, shy, scared of heights and the darkness.

Manipur has the highest per-capita number of officers in India’s armed forces.  Now, being the Chairman of the Manipur State Public Service Commission, I have a suggestion.  While appearing for Canadian citizenship, we were required to clear an examination which had 20% questions from Canada’s military history, mostly covering Canada’s contribution during the two World Wars.  India has a very eventful military history, especially post independence.  Through my various blogposts I have been suggesting that the Union Public Service Commission and State Public Service Commissions must have least five percent questions from Independent India’s military history.    This will enthuse the coming generation and will make them aware of the role and sacrifices of India’s Armed Forces. It is sure to make them feel proud.

All through the book, the author’s love for nature has been vividly painted, taking the reader through a visual fete. The description of the author’s grandfather ‘Even the horses kept silent when he coughed,’ kept me thinking for a while. The author’s initiative to recover plastic junk accumulated over the years of army deployment in the Siachen glacier is another example.

The impact of seeing a ten year old handle a weapon by; the need to have a dream in life – to dream big and how to pursue it; participating in family activities and chores; care  for his mother by buying her salt with all his pocket money; overcoming stage fear; moral fibre, by choosing to throw away that ‘chit’ carried by him to the examination hall; listening to the English news to enlarge his vocabulary; the importance of reading (even if not comprehended at that age;) the need to remain focused;   the power of pardon and  courage to be truthful; his adventurous train journey;  the importance of education in the development of any society; the need for hobby – great life lessons that any child will value and benefit from during his growing years. 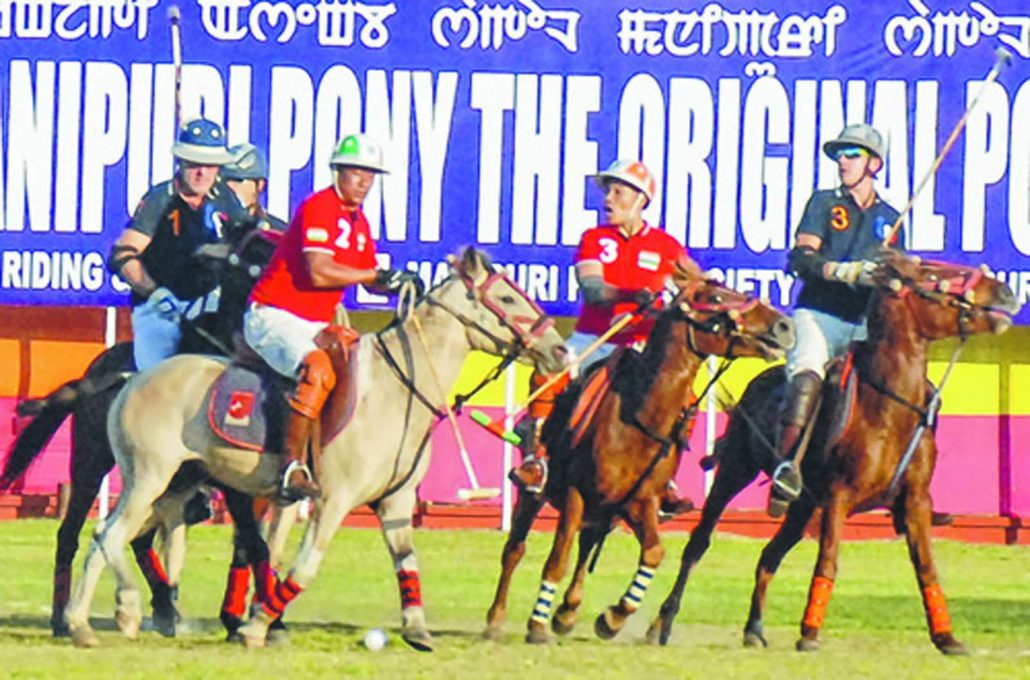 It was a revelation to me that the game of polo originated in Manipur.  His requesting for half a mark to make it to 60 – brought back memories of many of my class mates and also, officers during various courses, begging for a  mark or two to make a better grade.

Team spirit and camaraderie instilled in cadets at the National Defence Academy,  the lack of facilities and time to enhance individual skills; modification of curricula to incorporate leadership skill development;  have been well brought out.

The initial grooming and training  of a Young Officer in his Regiment; the need and role of a mentor; the impact of his carrying the additional load of a soldier during a gruelling professional competition; the importance of participating in adventure activities – provide an interesting peek into the development and growth of a military leader.

The need for re-orienting training and educating the soldiers in dealing with the local population – through the eyes of the author – recipient of the adverse effects of lack of empathy  by soldiers; the adverse effect of Armed Forces Special Powers Act; effect of movies to turn the youth to violence – have been well explained.

The author has given a first-hand information about the plight of the Bangladeshi Chakma refugees; peace-loving Mizos; the clashes between  Meiteis, Naga, Kuki tribes, Manipuri Muslims; religio-communal  divide and its present day implications; present cultural and socio-economic situation   – the voice of a true son of the soil.

Submitting Kanchejunga rolls out like a movie as one reads, especially the fall of the author into a crevasse, coming out of the jaws of death and the felicitation by the Prime Minister of India that followed.

The conviction of the author to stand up against an unsavoury remark against Manipuris by a General at the Defence Services Staff College and the methodology adopted to make the General retract his words shows the maturity of the author and his adeptness in dealing with ‘difficult ‘situations.

A tinge of well appreciated  subtle  humour – panic is fear at highest level of military; the golden epaulettes;   gifting of a telephone by a Pakistani soldier.

The first hand details of the attack on Point 5770, mostly unsung,  gives the reader goose bumps with each activity explained with brevity.  It showcases the leadership traits of the author.  My salute to you Sir for the respect you showed to the fallen enemy soldiers in keeping with the highest military values. Not being awarded the Battle Honour – I hope the Indian Army will make amends for the oversight even at this stage.  It needed an American author, Marcus P Acosta to bestow the honour the author’s Battalion 27 RAJPUT deserved.

The Siachen Glacier experience, the after effects on both the body and mind of the author is well expressed.  The dogs Pista and Pisti and the author pinning his commendation on Pisti, concern against  euthanasia of  aged mules shows the author’s love for all God’s creations.  His wish to command a brigade in the glacier – that too for a rupee – proves his military leadership traits.

The causes that led to the Ind-Chinese recent stand-off as viewed through the author’s eyes is worth a read.

As suggested by the author, the need for a test to assess the psychological and emotional condition of the officers prior to assuming command of units is of utmost importance. If implemented, it will prove to be extremely beneficial to the Army.  Also, the case of boots for soldiers – why every piece of the soldier’s uniform – were privately bought.  There is no worthwhile water-bottle for a soldier since 2000.  The author’s concern for the soldiers’ needs and his moral fibre  to convey it to none other than the Defence Minister in the presence of the Chief of the Army Staff shows the author’s convictions.

The author has fulfilled his childhood dream – he did not stop there – but went on to become a Lieutenant General of the  Indian Army.  He has rightfully credited his achievements to his family, his teachers, his superior and subordinate officers of the Indian Army; above all to the soldiers who served under him.

After writing this review, I felt that I missed a great deal in never getting an opportunity to meet or serve under our first General from the North-East – a true soldier and a gentleman. I sign off with a quote from this book:-

Meeting and interacting with thousands of officers and men under my command gave me more faith in the inner strength and capability of our officers to win any situation.  Only the Generals have to live up to it.

4 thoughts on “Making of a General : A Himalayan Echo by Lieutenant General Konsam Himalay Singh”