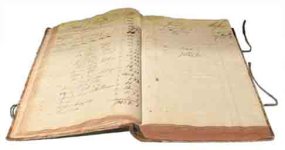 On taking over command of our Regiment in June 2002, we were deployed in our operational area in Rajasthan, ready to be launched into battle any time.  The mercury tipped many days over 40°C and the Regiment had been there since the dawn of the New Year.

The entire Regiment was living in tents with the Commanding Officer (CO) provided with a much more spacious and larger tent.  The other luxury the CO enjoyed was a desert cooler in the tent and the Second-in-Command (2IC) too had this luxury.  A 5kW generator meant for the workshop powered the lights, fans and desert coolers from 9 AM to 2 PM and then from 7 PM to 10 PM.

My first day in command was spent on familiarisation of the Regiment and the area around.  It ended with my first command order.  Please click here to read https://rejinces.net/2016/04/01/first-comd-order/.

That was when I realised that the dreams and plans I had in mind to be executed on taking over command had to be kept in abeyance as there weren’t adequate funds.  The only money at my disposal was Rs 200000 from a fixed deposit that had matured.  That wasn’t my money and if I used it, I had to make it up.

After working out the power requirement, it was decided to procure three 15kW generators and fifty desert coolers to equip every tent in the Regiment.  Two Young Officers with a team of soldiers were deputed to purchase the same from Jodhpur, the nearest town.  From that evening we had a well lit and well cooled township.  My only worry was that I had spent most of the Regimental Fund.

That evening at the Officers’ Mess, I gave out my command policy.  Anything that does not have a utility value to the Regiment in our operational area or for the families of our officers and soldiers at our permanent location must be disposed off.  All funds, Regimental and others must be utilised towards the war efforts.

All Officers and soldiers were asked to propose anything they needed and I found they were too contented with what I gave them the very first day and wanted no more.

We procured two desktop computers to support my automation endeavours. Now I had to conserve all that was left with our Regimental Fund.  The first step was to reduce stationary usage by automation and we succeeded to a great extent.

In November we were ordered to return to our permanent location at Devlali. I ordered that only one of the three generators to be carried along and the rest two and all fifty coolers to be sold off at 60% of their cost with the first priority for our soldiers.  The coolers and generators were of no use to the Regiment at Devlali and would have turned into junk later.  Our soldiers from Rajasthan picked up the entire lot and I recouped half the Regimental Fund I had spent.

The first project we executed was a washroom cleaning device based on the mobile cleaning unit employed by the Indian Railways to clean the toilets of the trains on the platform.  Our soldiers designed and built it.  Now every soldier could carry out janitorial duties and the Safaiwalas (Janitors) were available to accompany radar detachments, survey teams and also operate radio sets.  They turned up smartly in their combat uniforms every morning walking with a swag with the radio set on their back and the operators pad in their hand.

Most of my time in the Regiment was spent at the Computer Cell.  Whenever needed, I relieved at the soldiers’ washroom rather than using the washroom at my office. This ensured that all soldiers kept their washrooms spic and span.

Two weeks after landing at Devlali, Major General RS Jambusarwalla, our Divisional Commander visited us.  I received him at the Regiment and he walked to the rear end of his car and ordered his driver to open the boot.  There it was – a computer, a printer and a multimedia projector.  That was the only time in my military career a visit by a senior officer began with a gift to the Regiment.

Two weeks later was the inspection by Lieutenant General GS Sihota, PVSM, AVSM, VrC, VM,   the Army Commander, Southern Command and his proposal for other units to procure the software we had developed for Rs 10000 was a great boon.  Now I had all the money at my disposal to implement all my ‘wild ideas.’ 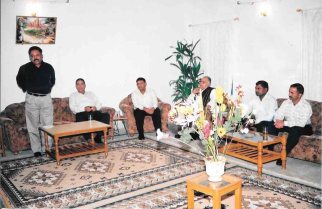 We were a SATA Battery being converted to a SATA Regiment.  We did not have a JCOs’ Club, an important Regimental institution.  Fighting many a battle with the Station Headquarters, we managed to get a near dilapidated building allotted as our JCOs’ Club. I summoned our SM and tasked him to get the building done up, procure furniture, crockery, cutlery, etc.  I gave him a month’s time for executing the task with my final advice “It’s got to be better than our Officers’ Mess.”  After a month our SM invited all officers for a cocktail at the JCOs’ Club for inauguration.  The above image is the testimony to that day.

Our soldiers came up with a request for a multi-gym.  SM Thangaswamy was tasked to execute the project with the assistance of other JCOs.  They suggested procuring the equipment  from Ambala as it would a cheaper option.  I advised them to procure it locally from Nashik to ensure installation and warranty services.

Two weeks later SM Thnagswamy asked me about my availability to inaugurate the gym.  I asked him to inaugurate immediately and make it available to our soldiers.

We automated our kitchen with flour kneader, freezers and coolers for storage of milk, meat and vegetables.  We were allotted a ‘Steam Jacketed Cooking System’ for the soldiers’ kitchen procured from special funds under the Army Commander’s Special Financial Power. I did not want it to turn into an elephant’s teeth for show alone.  How we extracted its full value, please read https://rejinces.net/2019/03/31/elephantteeth/.

I was lucky that I had a great lot of officers and soldiers who accepted me, supported my ideas and worked wholeheartedly to ensure fulfilment of all my dreams.  I must sincerely thank all Officers, JCOs, NCOs and soldiers and a special high-five for our Subedar Major (SM) Thangaswamy who kept me in high spirits with his sense of humour.

Did I realise all the dreams I came with to command?  It’s an emphatic Yes and much more; all because of a great Regiment that I was lucky to command.