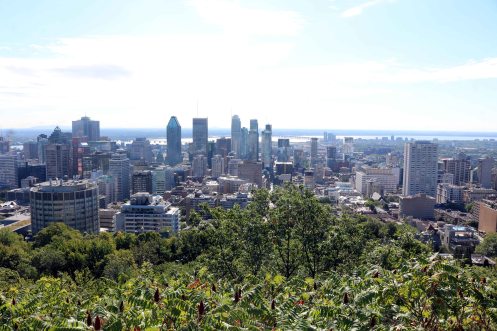 Early in the morning on August 31, we drove to Mount Royal.  This hill at its 233 meters of altitude and 200 hectares in area, quite literally in typical tactical language of a young subaltern, ‘dominates’ Montreal.  Mount Royal owes its name to Jacques Cartier who then turned the name Mont Royal to name the city Montreal!    Mount Royal is nicknamed the ‘Mountain’ by Montrealers.   The park atop the mountain was created in 1876 and designed by the same landscape architect as the Central Park in New York, Frederick Law Olmsted. 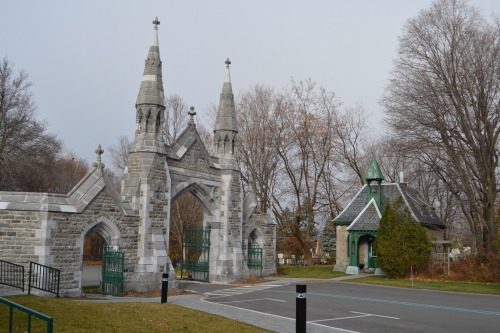 We parked our car at the base of Mount Royal, next to the Notre-Dame-des-Neiges Cemetery and then We took a stroll inside the cemetery.  It stands as a celebration of Montréal’s religious, cultural, historical, architectural and environmental heritage.  It is Canada’s largest Catholic cemetery with over 900,000 people buried there since 1854.  Over the years, it has become not only a natural haven for local flora and fauna but also home to some rare tree species. 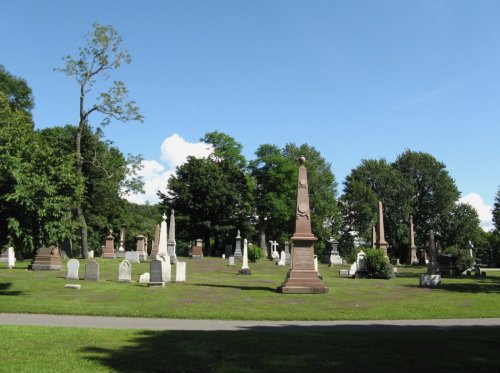 With the city thriving, a resting place for the departed had to be established far from the city, for reasons of health and hygiene, as well as for lack of space in the downtown area. In 1852 the first cemetery was created on Mount Royal and was used for burial of   Anglophone Protestants.  The Notre-Dame-des-Neiges Catholic cemetery followed in 1854. 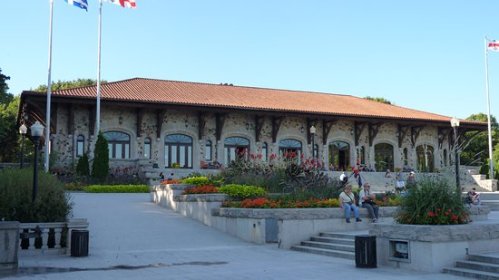 We then trekked our way up the mountain, walking through a pine forest to the summit to the Mount Royal Chalet.  This building was commissioned in 1931 by the then Mayor, Camillien Houde to provide employment during the Great Depression.  It was designed by the Québec architect Aristide Beaugrand-Champagne with a stone facade, large windows and elegant doors.  Inside the chalet, are paintings depicting the history of Montreal.  It also houses a food counter and a souvenir shop. 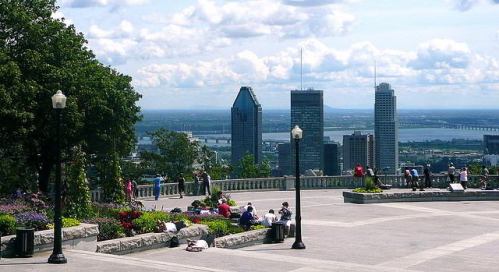 Kondiaronk Lookout located outside the Mount Royal Chalet is the best-known lookout point on Mount Royal, offering an exceptional view of Montreal and its skyscrapers as well as the St. Lawrence River. 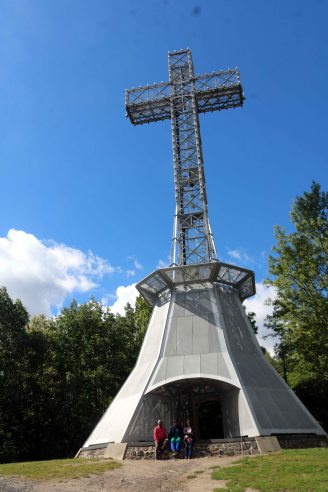 Our trek then continued to the Iron Cross.  It was erected in 1924, the cross atop Mount Royal to commemorate the day of January 6, 1643.  The cross stands 30 metres high and when lit, can be seen from nearly 80 kilometers away, weather permitting.

In December of 1642 Montreal was threatened by a dangerous flood. The city’s founder, Paul de Chomedey de Maisonneuve, prayed to the Virgin Mary, vowing to raise a cross to honour her if the settlement remained safe from the flood.  His prayer was answered and the water receded. He fulfilled his promise, carrying a wooden cross to the top of Mount Royal on January 6, 1643, raising it in the Virgin Mary’s honour.

In 1874 the Saint-Jean-Baptiste Society decided to raise a new metal cross to honor Maisonneuve. The project was funded by public subscription. However, the project ran into financial difficulties and soon came to a grinding halt.  Ultimately the project was completed 50 years later, in September 1924.  After five years, the cross was handed over to Montreal City. 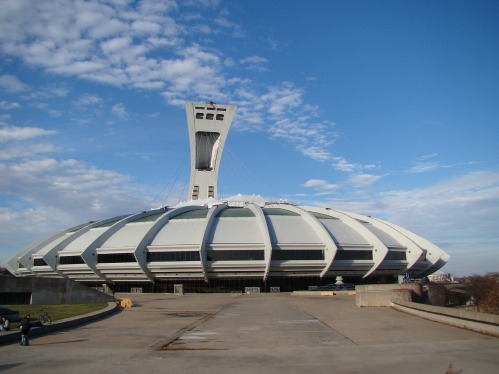 After walking around Mount Royal, we drove to Parc Olympique, one of the most controversial structures in Montreal.  Built for the 1976 Olympic Games, it remained unfinished until the 1980s.  The Olympics cost $1.6 billion to the city (including $1.1bn for the stadium), 13 times over budget, with a string of officials convicted of breach of trust and the greatest white elephant of a stadium ever built.  The city was left with a debt that took 30 years to pay off.

The city had hosted one of the most successful World Fairs ever in 1967 -the Expo 67 – and the city, to add another feather in its cap, bid for the XXI Olympiad.

During the opening ceremony of the Olympics, out of sight of the cameras and the throng inside the stadium, the staff were frantically working to clear away the building debris. In the final scrambling months before the Games, 3,000 labourers had worked in teams 24 hours a day to make it possible for the Olympics to begin at all. They just about succeeded.

On culmination of the Olympics, the City realised that it might cost a lot to tear down the structure and also cost an enormous amount to operate.  It was also the only time in the history of the Olympics that the host nation did not win a single Gold Medal! 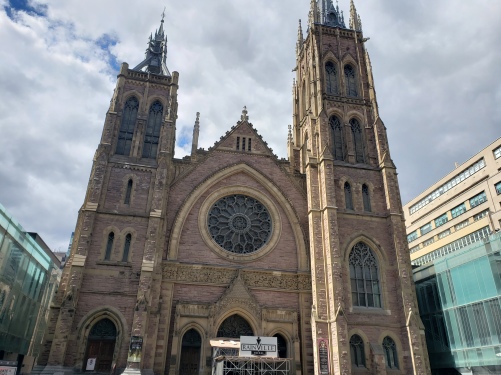 We then drove to St James United Church on Sainte-Catherine Street.  It is one of the city’s religious heritage gems built in 1889 by Methodist Loyalists who left New York City in the late 1700s.  The church is characterised by its spectacular stained-glass rose window, massive towers, gargoyles and High Victorian Gothic Revival architecture.

Montreal is a city that quite literally creeps under your skin and into your bloodstream. I had a sense of wanting to stay on and explore a lot more of the city’s history and heritage. But then plans are plans and we decided to stick to our schedule and accordingly, after lunch, we commenced our return journey to Toronto.