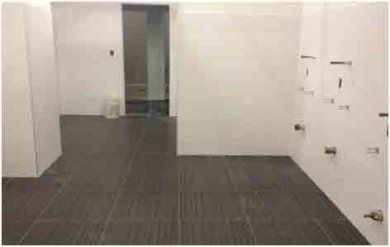 Few years ago an Indian Army Officer undergoing a course at Canadian Forces College, Toronto came over for dinner.  During our conversation he said that one evening he walked into the sauna in the gym to find the Commandant, a General, sitting nude, enquiring his welfare.  He said that he felt a bit embarrassed to face a nude General.  I asked “That means you are surely not an ex-NDA (National Defence Academy)?” And I was dead right.

Bathrooms at the NDA are all open ones with neither any cubicles nor any shower curtains.  There are only shower heads, all in a row.  It is mandatory for all cadets to shower before breakfast and in the evening after games.  As time is always at a premium for any military cadet, the ritual had to be as short as possible, with many waiting in queue – hence an elaborate bath was near impossible.  The highlight of the bath was not its brevity, but by tradition implicitly enforced by the seniors, the cadets are not allowed to wear any clothing – it’s all nude and pretty natural. `

I cannot really say with any great emphasis that bathing nude is hygienically a huge plus as compared to bathing with a small brief on. However, it is more than a century old tradition in many military training institutions the world over. The open shower system meant that a large number of cadets could use the facility within the limited duration of time available.

To my mind, bathing nude has two distinct advantages. It helps one to overcome one’s inhibitions about being nude in the presence of others thereby developing a sort of self confidence about one’s own being and physique. When one learns to overcome this pretty strong inhibition, one automatically develops the capability overcome a lot of other inhibitions of less intensity.  The second is that with everyone down to his skin it builds a sort of camaraderie with the fellow trainees.

There is no awkwardness, nobody made any stupid dick jokes and nobody stared. There was just complete utopian nonchalance about the whole thing as cadets from all regions, religions, castes and creeds bathed under the same shower. In everyone’s consciousness he was down to mother earth, a sort of nude common denominator. The act was indeed a great leveler.  The common Indian mentality is that public nudity is obscene and vulgar and therefore should be abhorred. I do hope that as a nation we can learn to tolerate public nudity, no matter what our personal inclinations are in this regard.

Communal bathing and spas have been around for thousands of years, especially in the Indian context. However, the concept of modesty is a relatively recent one and was mostly dictated by the Victorian British norms.  Many indigenous people still  play sports without any covering and athletes in ancient Greece competed naked. In fact, the Greek word gymnasium means ‘a school for naked exercise,’ but in English it means only athletic exercise.

Men and women bathed nude in Roman baths of first century.  Emperor Hardin is believed to have issued many decrees against co-ed bathing.  There were baths of varying levels of luxury and also at varying levels of propriety. At one extreme were the ones for prostitutes and at the other the ones for royalty.  These baths showcased  Roman architectural expertise where new and innovative building styles were tested.

It was mandatory for students to swim nude in Chicago high school swimming pools till 1970’s.  In those days filtration and chlorination techniques were not as advanced as of today.  Nudity ensured that the swimming costumes they wore, mostly cotton or wool, did not leave any fibres that clogged the pool. 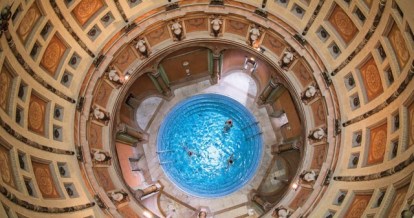 Bathing complex of Friedrichsbad Baths, Baden-Baden, Germany, opened in 1877, catering to European aristocracy.  It is still open to all and visitors who indulge in a 17-step Irish-Roman bathing ritual – a sequence of hot air baths, steam rooms, showers, pools, and massages, soaking in curative mineral waters. Here on some specific days of the week and on holidays, it is co-ed nude bathing and on other days it is gender specific nude bathing.

In most gym and swimming pool locker rooms for men in Canada, the baths are all open without cubicles.  Cubicles are provided in family locker rooms used by children and parents.  It is natural for people to have differing standards of modesty, based on their cultural/ religious background and upbringing.  Some are comfortable striding around the locker room naked and some prefer to change their clothes more discreetly. People around are neither stealing glances nor are they being judgmental.  I generally go to swim in the afternoons which is the time designated for adult swimmers.  I surely do not have a body to flaunt and no six-packs to flex.  Everyone around me also passes the same muster with respect to their masculinity. 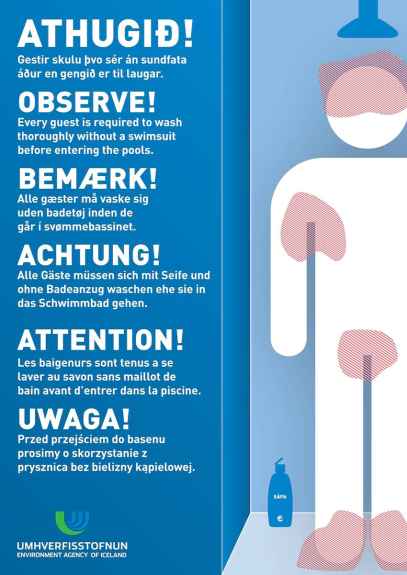 One has to shower before entering a swimming pool to keep dirt and germs out.  Post a swim-session, it is meant to rinse off salt, chlorine and other harmful chemicals.  You cannot do this well with your swimming costume on.  It is said that the concept of the open bath came to Canada with soldiers returning from World War II when most able bodied Canadian men got enlisted to fight the war in Europe.  The only country where it is a rule to have a nude bath prior to entering a swimming pool is Iceland.  Here the bath may be in public or in a cubicle.

Nudity in public bathroom may offend some people, but most will not react to it though they may avoid it.  The argument that nudity is natural may fall on deaf ears to the puritans who refuse to accept their ties to the natural world.

Sleeping without underwear is another military tradition proven to be good for one’s genitals as per many medical studies.  Underwear tends to trap moisture, creating a breeding ground for bacteria.  For sure, allowing that area to get some air helps to keep it dry and clean.  Royal Marines tend to sleep naked for a similar reason and also to ensure they don’t hold all the juices and skin flakes emitted from their bodies in their clothes.  From this came the expression ‘going commando‘  which means going without wearing any underwear.

In Western militaries where men and women serve together the bathrooms are shared.  Here too there is hardly any awkwardness or sexual discrimination.  In 2011, a woman soldier of the Norwegian Armed Forces complained about being asked to bathe naked with 30 men and in front of other male officers during a field exercise.  The Norwegian Armed Forces initially gave the male officer who ordered the bath a harsh disciplinary warning for his behaviour and a fine of 2,500 Kroner, but cancelled the official reprimand after the officer appealed the decision.  After two separate internal reviews, Norwegian Military ruled against making any changes to its bathing policies, meaning that other female soldiers could find themselves in a similar situation due to Norway’s gender-neutral military conscription policy.

I must here quote from the book ‘Immediate Action’ by Andy Mcnab.    He was a member of 22 SAS Regiment and was involved in both covert and overt special operations worldwide until he retired in 1993.  Teaching young infantry soldiers as an Instructor at the Regimental Training Depot how to bathe, he writes ‘We had to show them how to wash and shave, use a toothbrush…  Then I had to show them how to shower, making sure they pulled their foreskin back and cleaned it.‘

To be NUDE or not to be – it is your choice – rules permitting.