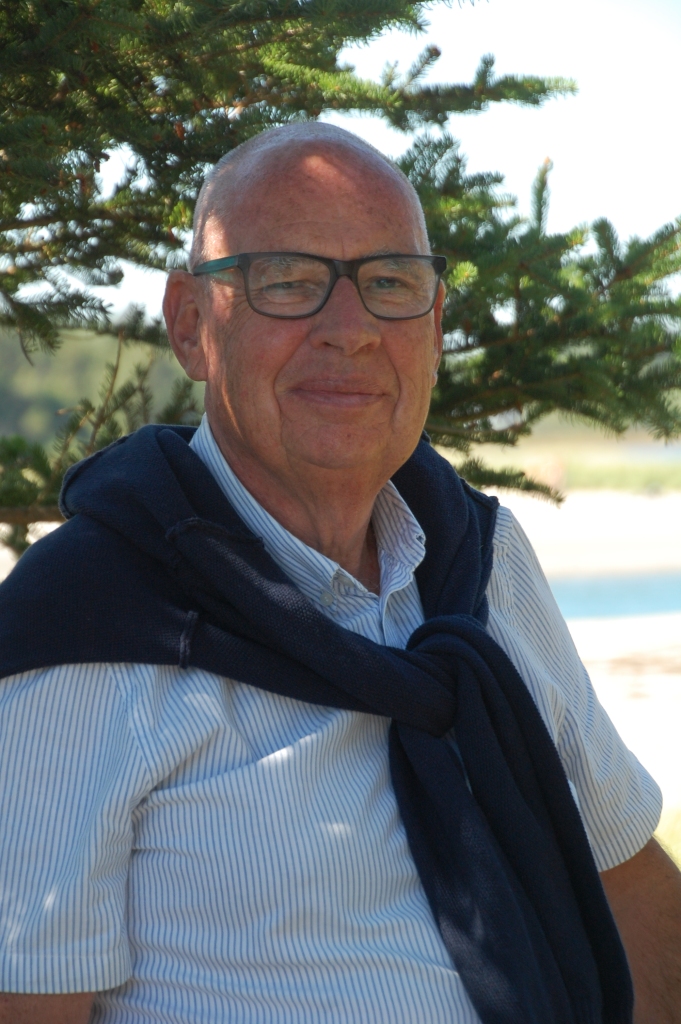 by Steve Rosson
My thanks to Reji for allowing me to post these memories on his blog.

As I neared the end of my university course in 1969 I was accepted by Voluntary Service Overseas to work for a year or so in the developing world.

It was in August of that year, a few days short of my 22nd birthday, that I arrived at Sainik School to teach English.

I had flown from London Heathrow (my first time on a plane) to Bombay (as was) and then on to Madras (as was). After a few days of orientation I took the overnight train to Coimbatore to be met by Major Bhoopal (the Registrar), Paul (the volunteer I was replacing) and Driver Menon (with his splendid moustache). We piled into the school jeep and, after Bhoopal had done a few bits and bobs of shopping, we set off on the seemingly endless journey to the school. Route planning software tells me that the drive should take two hours today so maybe the roads were worse then or maybe I was just very tired.

As we approached the school Bhoopal suggested that Paul should take me to meet some of the other teachers at “the cafeteria”. I had visions of a sleek, modern establishment with chrome fittings and bright neon lighting so imagine my surprise when I entered a windowless room with rudimentary lighting, a cement floor and mismatched chairs and tables. I got even more of a surprise when I was introduced to Swami, the proprietor, in his dhoti, beads and full Brahmin tilaka. I grew to really like this place, however, and I was to spend many hours there chatting with friends on the staff, drinking coffee, eating masala dosai and being served by Swami and his waiter Rajamini.

My home for the next fifteen months was to be a small three roomed house in a row of four. The windows were barred and shuttered (no glass) and the door was secured by a huge padlock. In truth I only really used the bedroom and the toilet at the back. The bedroom was furnished with what I presume was an army issue bed and wardrobe made of olive green steel and a desk and chair. I had no need of a kitchen as I took all my meals in the mess except when I was invited to the houses of other staff members. The school had very thoughtfully installed a western style toilet for me. Flushing this involved filling a bucket of water from my storage drum in the room next to the toilet. The dam supplied water twice a day for an hour so water had to be stored. My one luxury was an immersion heater about a foot long that I clipped onto a bucket full of water and then plugged in. After about half an hour the water was warm enough for me to “take bath” as I learnt to say.

The first thing I had to do was to learn to ride a bike in order to get around the campus. The boys found it absolutely hilarious that someone of my age had never learnt to ride a bike and watching me wobble around the place for the next couple of weeks brought them more hilarity. A couple of the senior students were deputed to teach me and eventually I got the hang of it.

I soon got used to the routine. I was woken early by a mess waiter who brought me a mug of “bed tea” from the vast urns that were being taken to the boys’ dormitories. Then it was off to the mess for breakfast. The mess was a large hall a bit like an aircraft hangar with long tables and benches. As I was attached to Pandya House I sat at the top of their table with the House Captain and his deputy. Most of the other teachers ate at home.

I soon got used to Indian food although I do remember the first time I was given idli sambar for breakfast I just could not manage the spicy sambar and asked for an omelette instead. The omelette arrived a few minutes later ….. with green chillies in it!

Then it was off to the academic block to teach. The classrooms were arranged around four sides of a sort of courtyard of rough ground where the daily assembly was held complete with a rousing rendition of the national anthem. I still have the words and music of “Jana, Gana, Mana” rattling around in my head even after fifty years.

I can not imagine I was much good as a teacher. I had no training and my degree was in English Literature and here I was trying to teach youngsters who were all working in their second language even though it was an English medium school. I think we progressed pretty much page by page through the textbook and all the lessons were fairly formal but that was probably how the school liked it. Discipline was never an issue as the boys were all incredibly well behaved but I was horrified to see on a number of occasions boys being made to crawl across the stony courtyard on their elbows and knees as a punishment for some misdemeanour. Remember that the daily uniform was short sleeved shirts and short trousers.

Lunch in the mess was followed by an afternoon nap and then games at the extensive sports fields. Football, volleyball and basketball predominated but I was truly astonished one day when I saw with what ease and alacrity the senior boys tackled the assault course. I can not remember ever seeing the swimming pool with water in it.

Then it was back home to “take bath” and then the evening meal in the mess unless I had been invited out. After that home to mark books, read or listen to my small radio which could pick up, usually with much interference, Radio Ceylon which played British pop music and the BBC World Service for news. I sometimes wandered over to the Pandya House dormitory to chat to the boys but not as often as I wish I had done.

I did get regular invitations to dinner from other staff members and sometimes I was rather uncomfortable when the man and I were served by his wife who then went back to the kitchen to eat her meal. I never knew whether this was shyness or the fact that she had no English or it was just tradition. This was not the case, though, when dinner was with Colonel Thamburaj, the Principal, and his wife or with Major Menon, the Headmaster, and his wife. With them, too, you could usually rely on a good supply of alcohol.

(Extreme Left is Mrs Mercy Mathai – our Matron when we joined school in 1971 – with Late Mr Mathai. Late Mr PT Cherian and Mrs Sheila Cherian on the extreme right.  Mr Steve in the middle. The children in the pic are Mathais – Robin and Reena.)

There were plenty of other social functions organised like the House Days and at Diwali and Pongal. I always loved the huge buffets that were laid on and one of my favourite foods was the large potato cakes. I never could get on, though, with the custom that nobody could leave before the chief guest. I was often ready for my bed hours before that.

Some other random memories include watching a flock of about 100 sheep go past my house being driven by a little boy with no clothes on, sitting on my verandah and watching A K R Varma with his Groucho Marx moustache riding past on his bike ringing his bell furiously and waving to me, eating my first ever mango at Venki’s house and then my first ever papaya at Mrs Mathai’s, the dhobi wallah squatting on my bedroom floor and listing the clothes he was taking away to wash “one kurta, one jibba, one pant, one half-pant”, the frogs croaking after the monsoon, Balan the tailor making trousers for me that fitted perfectly without him even measuring me, a hike in the Animalai Hills with the mess waiters carrying all the gear so that we could have a brew-up en route, a school trip to Mysore and Bangalore, Sports Day with its “Olympic style” march past complete with flags and the band in their red tunics, the view of Idli Malai across the sports fields, learning to eat rice with my hand whilst sitting on the floor. All happy memories.

Of course, I wasn’t always happy. Sometimes I felt lonely and sometimes I felt homesick but I look back at my time at the school with great fondness and I have always been grateful for the immense kindness that was shown to me, a young man a long way from home, by all the staff and students.